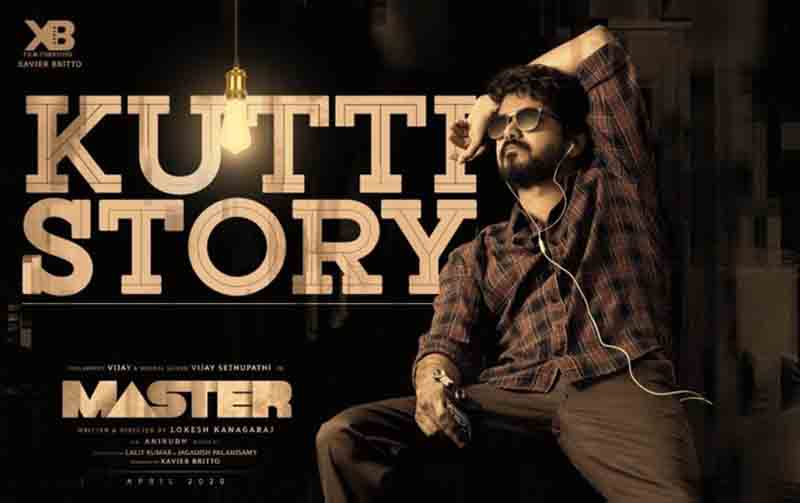 Atlast, the first video is out from Vijays master on a grand style, and its ” kutty story” single track which is getting viral in social media. The song penned by Arun rajakamaraj and tuned by Anirudh has the voice crooned by the Very own lead Thalapathy vijay. The song which is planned in an animated format,which has the “Tiny Thalapathy” happily motivating his students, which he usually does to the fans in the audio launch. The song says about the day to day Stress life of an youngster, who should pull himself away from the webbed problems.

The song already crossed over 300k likes which is raging to create a record. Being the “kolaveri” styled Tanglish lyrics, now it’s up to the fans to recognize the song.

Master is slated for April9,2020 release, which has an ensemble cast including Malavika mohanan, Andrea, Shanthanu, playing the pivotal roles. Master is directed by Lokesh kanakaraj and bankrolled by Xavier britto under XB creators.