Vikram prabhu shares his Experience on working in Maniratnam’s Garage! 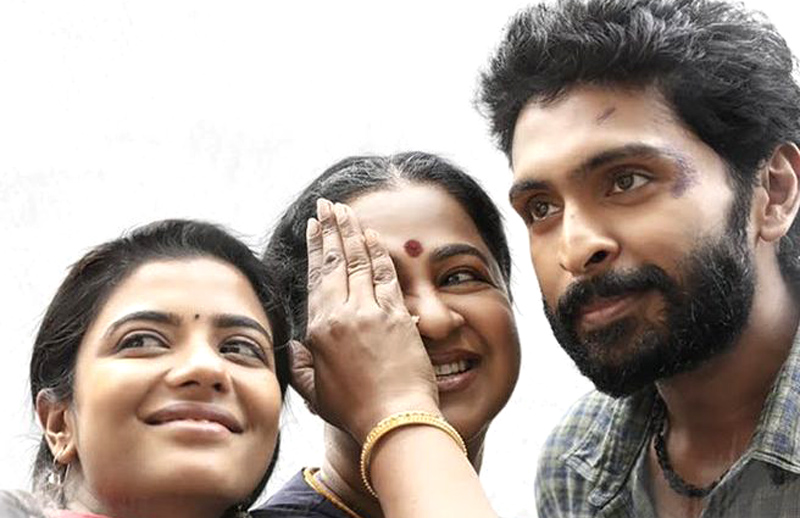 One of the powerful versatile actors present in this generation,  is Vikram prabhu, who’s script sensibilities offlate is well lauded which includes the crime thriller Thupakki munai.

The actor who plays a pivotal role in upcoming Vaanam kotatum , shared his exciting experience on working in Maniratnam’ s Garage, in the films audio launch.

The actor said, ” it a privilege to work in Madras talkies, especially on a family drama from them.

When director Dhana Narrated this story, I looked my character’s tailoring and immersed myself into the story without any second thought.

Infact, there are scenes , which is inspired from director’s real life.

It was a fantabulous experience working in Vanam kottatum especially we shot in the central point of koyambedu market .

It was the day when Maniratnam sir came into the set, and it was a nervous moment for all us, but eventually faded

Talking about his character shade, the actor said ” the shade in my character will question whether he his arrogant or confident?  But the ending will surely satisfy the audience.

We all gave the best contribution to this film.

Finalizing VP thanked all, with his utmost respect to actress Radhika sarathkumar whom he wholeheartedly calls as “Akka”.