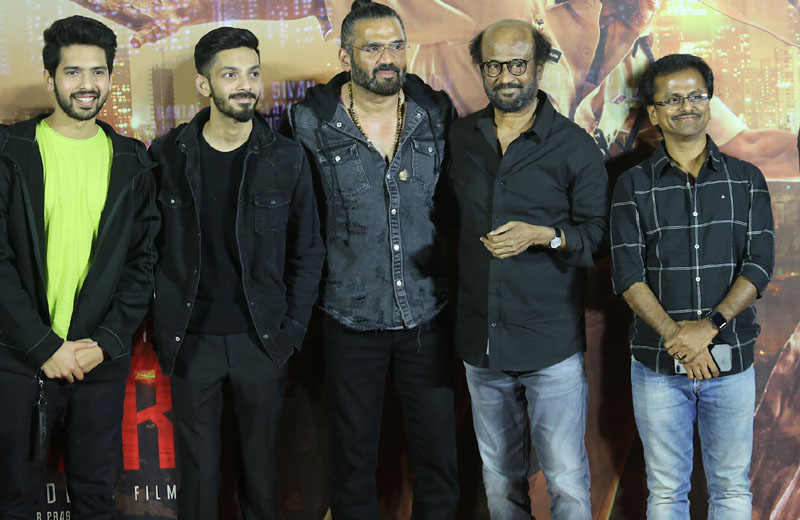 Amitabh Bacchan and superstar Rajinikanth are to big legends of the indian cinema, who still have a successful run in their respective career limits.

Superstar Rajinikanth, an ardent fan of Amitabh Bacchan, who predominantly mentions the Big-B actor has his role model.

In the latest Darbar trailer Launch event,  the actor shared on what were the advices given by Big-b.

The actor said, ” I’m a big fan of amitabh ji! And he is my role model. During my 60th year, amitabh gave me 3 advices, in which the first one is to be active and busy always, the second one is to exercise daily and third is “NO poltics”. I sincerely follow the first two, but couldn’t extract the third”

The words from the star, is Getting viral, has the fans of Amitabh are also loving it. Also, Rajinikanth shared about the CAB/NRC bill and his dream character his to play as a “Transgender ” in a film.

Adding about the film , Rajini said that, Darbar will strive hard to reach the bars created by Mundrumugam, especially the character “Aaditya Arunachalam” will over shadow , Alex pandian.