What superstar Rajinikanth expects from the media! 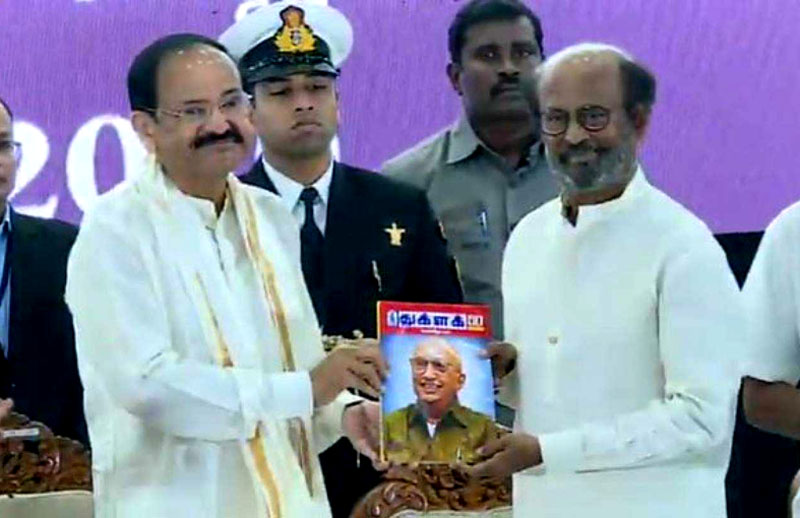 Superstar Rajinikanth, who is  the legend in his craft, has a great social following with the members present from all around the corner of the globe.

During his political announcement, the star himself said about the power of media  and his own respect to the media personalities, to the public.

In the recent 50 th year of Thuglak Magazine, celebrated its function with the presence of vice president Venkaiah Naidu,  which also had superstar Rajinikanth’s presence in the ceremony.

Addressing the gathering, the actor had a lots to say, who said” it is the duty of journalists and writers to give truth to the public.

Truth is like milk and the false is like water, so the amount of milk should more and pure,  which will only improve your own circulation too”

At the ceremony, the Thuglak staffs were honoured with momentos, from the hands Of Vice president Venkaiah Naidu,  Gurumurthy and superstar Rajinikanth.

The next “Master” stroke!- From Tomorrow!