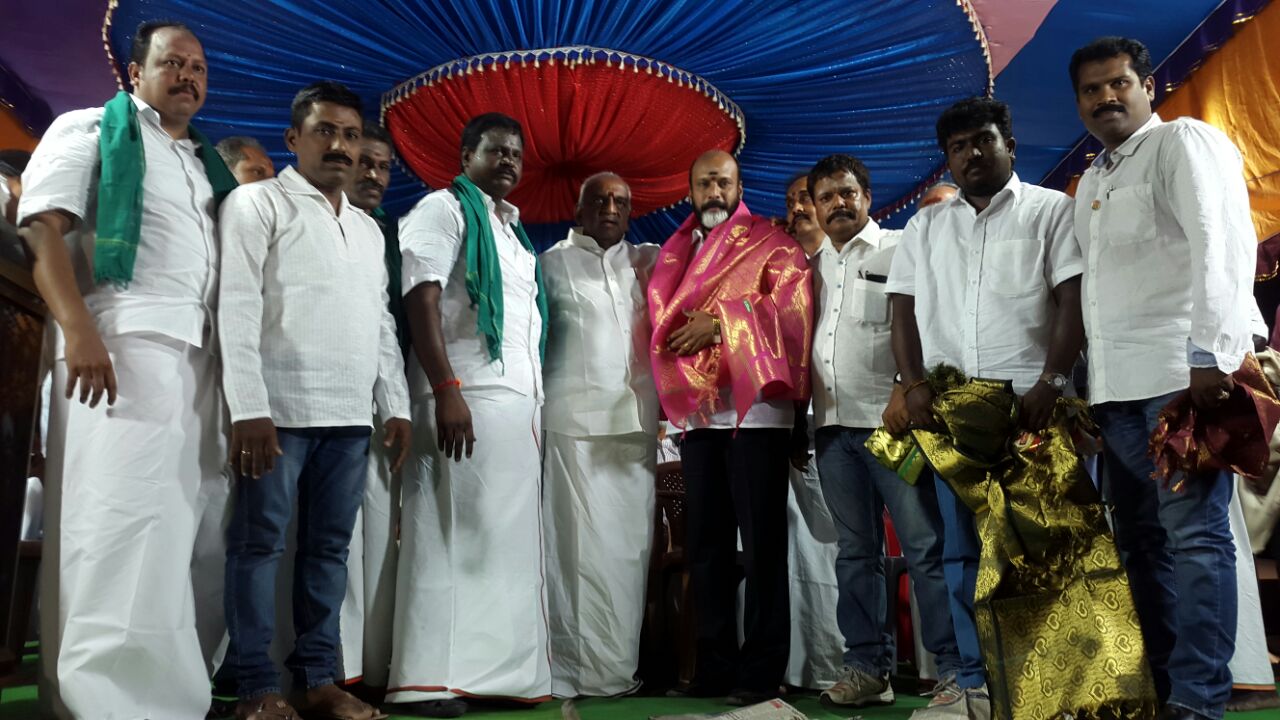 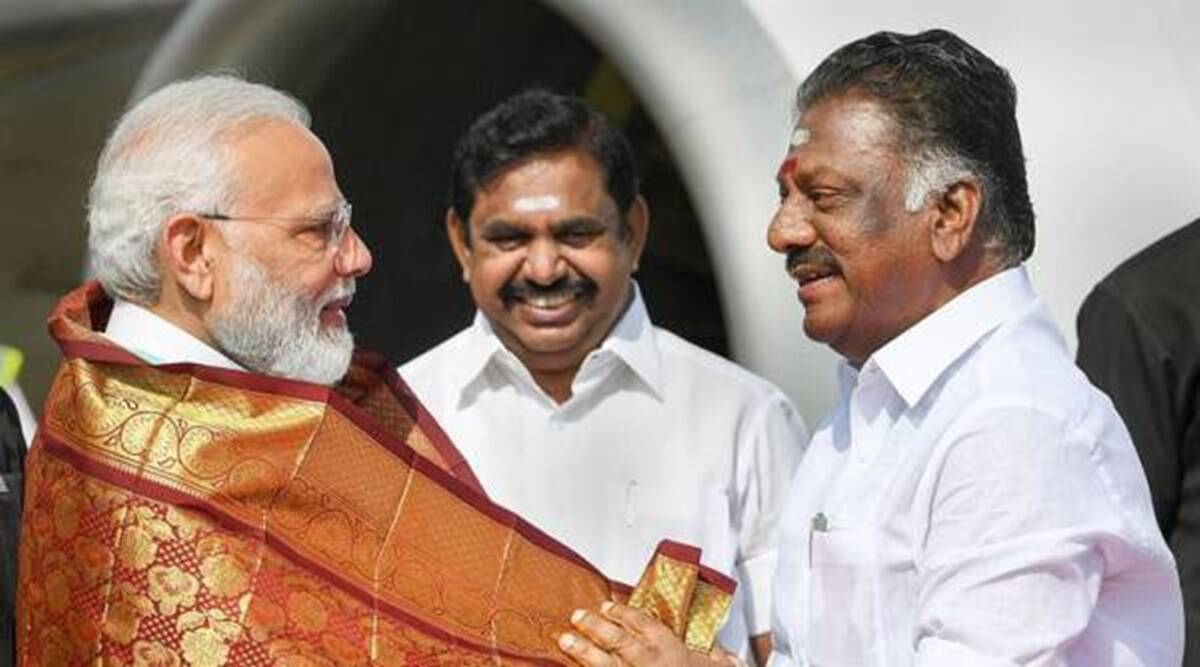 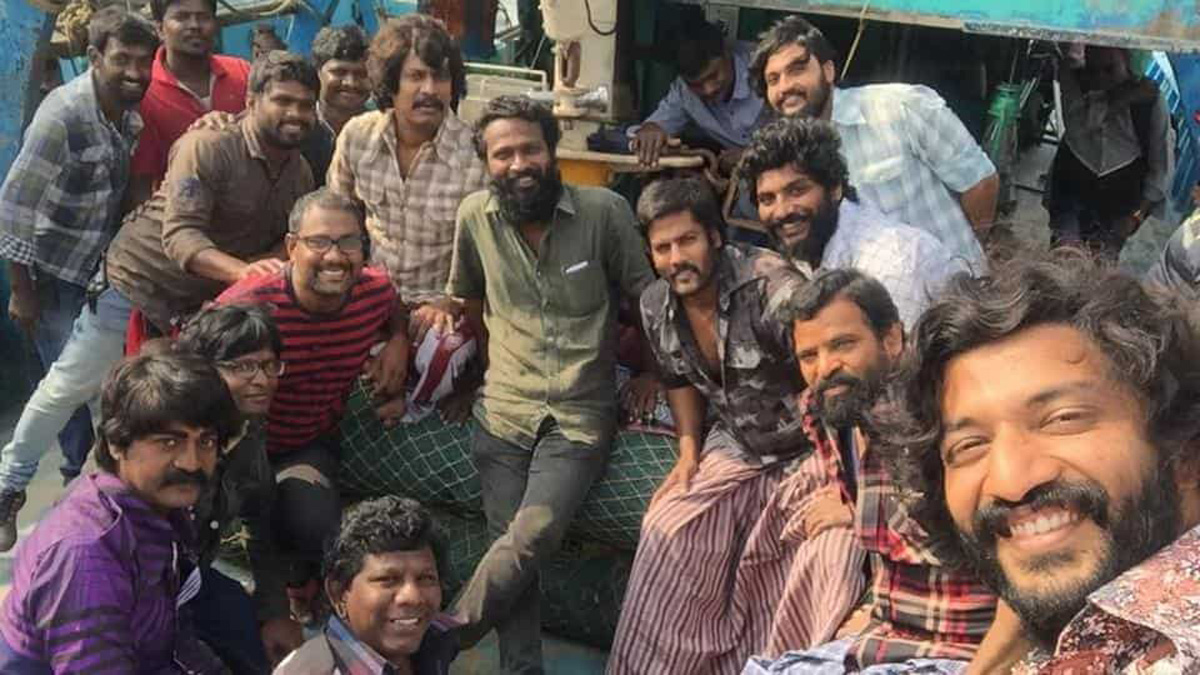 Another gangster drama hits Tamil screens! We have had quiet a few of those and Vada Chennai adds to that number. However, Vada Chennai being helmed by the versatile Vettrimaran makes us believe that this gangster drama will be special. Vada Chennai sprawls over a 20 year period, and attempts to set a stage of epic proportions for the two sequels to follow.

Any epic needs a whole lot of characters and Vada Chennai has that in huge numbers. In fact, it takes us almost the entire movie to really connect characters and names. If someone asked you to recall the names of all main characters an hour after watching the movie, you might have trouble. You can remember the faces and the actors, but perhaps not the names. Rajan, Anbu, Senthil, Guna etc… The very fact that you have trouble recalling names tells us that there is something wrong – perhaps the characters weren’t strong enough to register in our minds, or the names were too ordinary. In usual gangster movies we are used to hearing unforgettable names like Perumal Pitchai, Kokki Kumar, Out, Royapuram Mani etc. Vettrimaran doesn’t resort to that sort of strategy. But, he could have done something to make those names stick better. When one character is referring to another character, who is not in the frame at that moment, it takes us a second or two to realize who he is talking about. That is a flaw in scripting. These are characters that Vettrimaran has travelled with for many years and is very familiar with, and he conveniently assumes that those names are as familiar to us.

It is this generosity of putting characters in the script that drags Vada Chennai down. For all his mastery in making – Vettrimaran has really excelled in how sets up shots, how much detailing he does in the art work, and how intricately he explains the modus operandi of a small time bootlegger (he calls them ‘loadman’ in the movie) – Vettrimaran lets things loose in the script. It definitely needed lesser characters and more depth to the main characters that were remaining. At nearly 3 hours in run time, the second half does make you shift uneasily in your seats a bit.

The first half, however, is very skillfully shot. The portions inside the jail carry a stamp of class, but why Vettrimaran needs to have tournaments in his movies is puzzling. Because the movie is narrated non-linearly, we can’t say that this happens in the first half, and the rest happens in the second half, but the feel of the second half is quite different to that of the first half. The director has tried to portray Ameer’s character in an uncharacteristically massy way, which doesn’t sync well with the rest of the movie. Wonder why he wanted to do that only for that character. Also, one doesn’t know why Vettrimaran has this idea of meddling around with the clothes of women. Aishwarya Rajesh’s introduction involves a button coming off from her shirt, and the hero taking peeps at that gap. And, Andrea has a topless scene which serves, God knows what purpose! These things stick out like sore thumbs in an otherwise rough screenplay.

Having a movie set in North Madras is tough in terms of showing the congestion, the closely set up shanties and especially making actors speak the quintessential Madras slang. The art department has done a great job in terms of showing North Chennai and the period settings, aided by political timelines, and popular scenes of Rajinikanth and Vijay. But, quite a few of the cast have had great trouble getting the Madras slang right. It does look odd, especially for Samudrakani and Andrea. Dhanush however aces it and delivers his best performance since Aadukalam. His benchmark however still remains the unforgettable Pudhuppettai! Kishore is his usual menacing self in Vettrimaran movies. One wonders why he is not able to make such an impact with other directors.

Velraj’s camera is much like an eye, giving you natural visuals. Santhosh Narayan seems a bit off colour here, save a few moments in the second half. Also, the re-recording seems to have some flaws. The BGM seems to be eclipsing the dialogues at points. That is one point where the sound department should have been really careful.

Vada Chennai is movie that relies on the making style and intensity of performances to keep audiences engaged. The motives of many characters is very poorly explained. For example, we wonder why Daniel Balaji is such a passive spectator to events that so badly affect his personal life. But, we will give the benefit of doubt to the director because his trilogy yet has two installments remaining. As of now, Vada Chennai remains a well shot movie with an unfinished script that leaves you with a lot of questions.

96 Movie Review – A nostalgia trip that you will love! 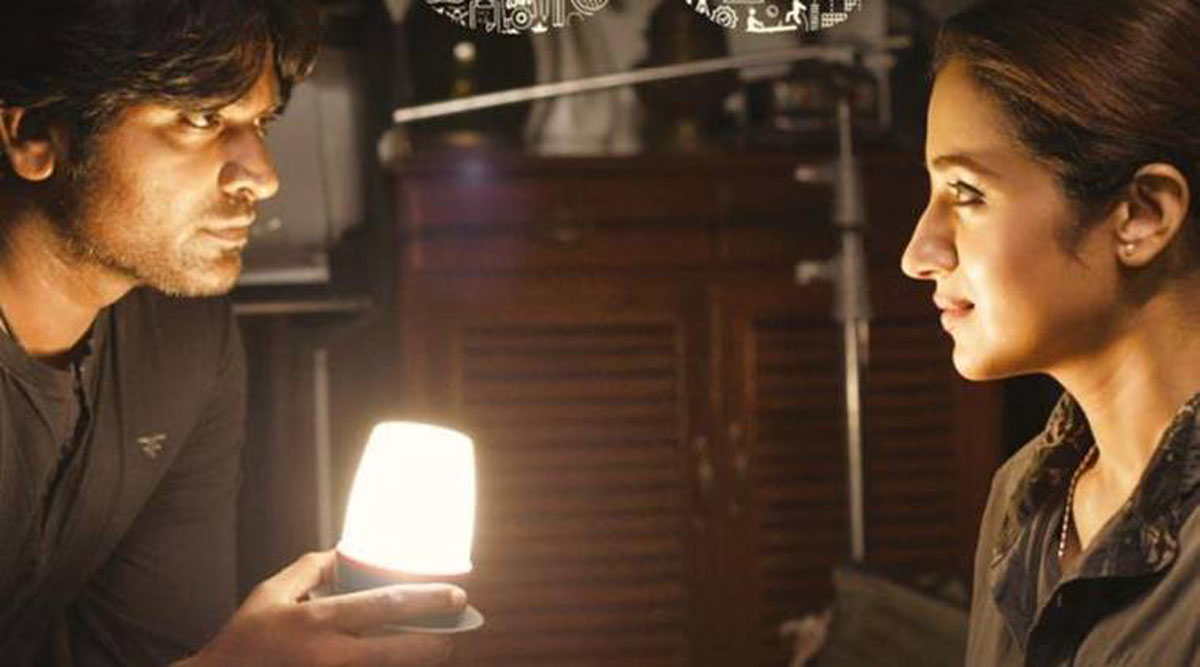 Nostalgia is one of the best feelings. Memories of the good times past is what keeps us going sometimes in life. The best times in our life are the ones spent in the classrooms and corridors of our schools and colleges, where the most innocent friendships and relationships were formed. 96 is a beautiful chronicling of that nostalgia that stills wears heavy in the hearts of two people, and maybe a bit too heavily on the heart of one.

96 is like an album of memories and the characters turning over the pages slowly, sometimes with a smile, sometimes with a tear and it all resonates with us. It is the relatability of 96 that makes it so loveable. It does not tell us of some outlandish improbable love story between a loafer boy and a studious girl, like we have seen in so many ‘commercial’ movies before! It is a slowly budding romance between two classmates and it is the kind that most of us would have experienced, or at least wished to have experienced in our life. It is this connect, or empathy we feel towards the couple that keeps us involved in 96 from start to finish. The growth of the romance, the reasons for them slowly parting ways is all beautifully scripted.

The best thing about 96 is the way the characters have been crafted. The casting is absolutely brilliant with everyone fitting their roles to perfection. In particular, the casting of the schoolkids, playing the younger self of Vijay Sethupathi and Trisha. The believability they bring on screen is what keeps the movie alive for most parts. Trisha’s adolescence, played by daughter of actress Devadarshini is perhaps the most endearing character of the movie. 96 is never in any hurry to introduce or give extended screen time to the major stars in its cast, it is all very organic. The school version is not hurriedly done away with, which is usually the mistake done in movies that have big stars in the waiting.

Kudos to the stars in question also who agreed to a script that gives almost equal footage an weightage to their younger versions. One is in awe of Vijay Sethupathi who continues to surprise everyone with his choice of scripts. At a time when his star is on the rise, he still shows the courage to chose scripts that do not cater to the star in him, rather nurture the actor. This is another subtle performance from him that leaves a stamp on your heart. 96 will be a movie that will definitely be remembered as one of the highlights of his career. Same with Trisha. She is not new to romantic movies, most of the her best roles have come in that genre. This will be right on top of that list. It is refreshing to see Trisha being presented in such a way, deglamorised but still very attractive.

And, it is the music by Govind Menon that turns this movie into a 3D experience – the emotions come out of the screen and touch our heart. The music is like a gentle breeze that keeps wafting across you throughout the movie; we wish to hear more form Govind Menon soon. 96 is a movie that kindles your nostalgia. Only the rarest of the rare people, who have lived closeted lifes, may not be able to connect to the emotions shown here. For all others 96 is a pleasant trip down memory lane. Take this trip is you want your memories to come gushing back to you.

A nostalgia trip that you will love!