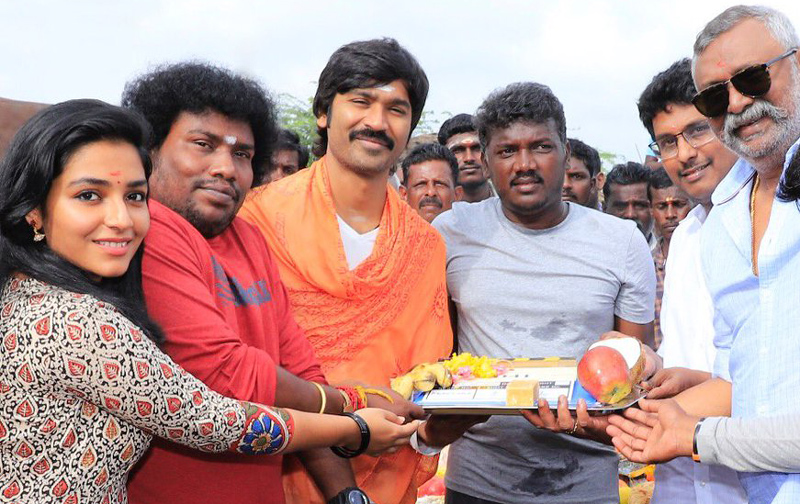 2020 has started as festive feast for the D fans, who are highly geared for the upcoming film “Pattas”, which is marching for pongal. As the film is already packed, the star moves for his next titled”Karnan”, A Mari selvaraj venture which is kick started yesterday, in Tirunelveli. It is said that , a 25 hectare set has been erupted, to film out the Soul sequences of the film.

The team has officially launched the picture of the crew , devotionally starting the film. The film features Malayalam actress Rajisha Vijayan as the female lead and popular DOP and actor Natarajan Subramanian aka Natty in a key role. The music for the flick will be composed by Santhosh Narayanan.