A “Groupie” from Thalapathy 64 sets Blaze! 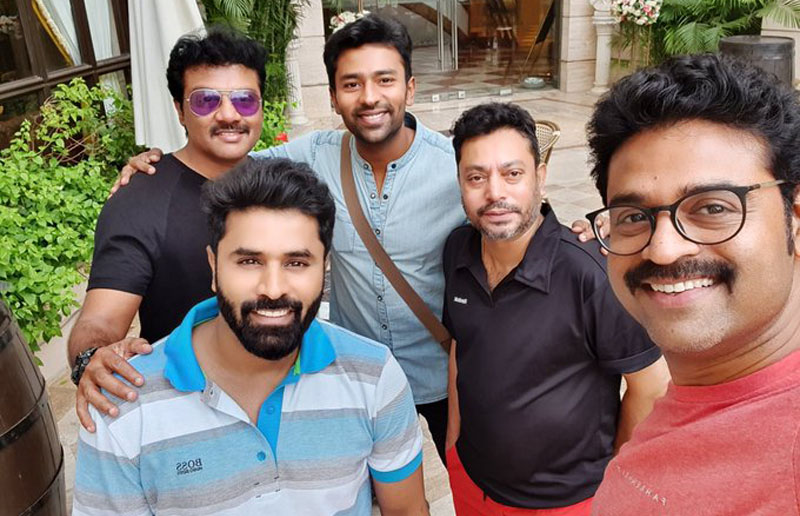 A “groupie” from Thalapathy 64 sets Blaze

The zippy casting done for Thalapathy 64 is the talk of the town, as it owns an array of you tubers taking part.

Also, it has a few upcoming actors like shathanu  and arjun das playing pivotal role in the film.

In fact, Shanthanu recently posted a selfie at shivmoga flight, which went viral in social media. This film is produced by Xavier Britto under the banner of XB Film Creators.

The movie’s first shoot schedule was conducted in Delhi, with the presence of the core cast.

But moving out the top, actor prem kumar who is participates  in T-64, has shared a groupie , which has the presence of actors shanthanu , sanjeev, srinath and Nagaendra prasad.

The pic gets viral in social media, as the casting is so new and energetic for any mass starrer.

To be mentioned , Premkumar already played a Vijay’s elder brother in Sarkar, directed by A.R.Murugadoss.