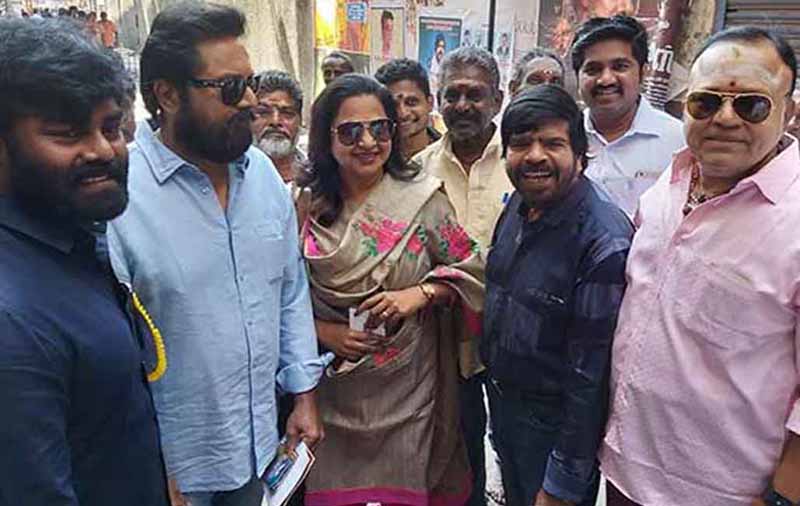 The multi tasker,  T.Rajender is one legend who has worked on all the crafts of cinema at a stretch, which includes acting, composing, cinematography, direction etc.

With his Chimbu cine arts, Rajender also gained experiences in the finance and marketing sector behind film.

Holding it has the eligibility , the man competed in the recent Chennai-chengal pattu distributors election , amongst the members he triumphed over Padur Ramesh with the difference of 12 votes.

Its been made official that ‪T Rajendar and his team members ‘Mannan Films’ owner, T Mannan and Kaliappan have won in Chennai and Chengalpet association election.

While TR will be heading the new team, who had won with a difference of 12 votes (out of 235 votes in total), Bungalow Srinivasulu bagged the post of Vice President with 232 votes, T Mannan bags the post of secretary with 239 votes. Kaliappan wins the Deputy Secretary post with 226 votes and Babu Rao won the Treasurer post with 258 votes.

Before the contest, the actor already oathed that, if the power lands on the hand, he will strive to maintain dignity and professionalism.

This chennai- chengalpattu belt has a great revenue for the film industry, has the people around the area loved to watch films on all genres.

In fact, the other language films have a great market at this particular region including Hindi and Telugu.