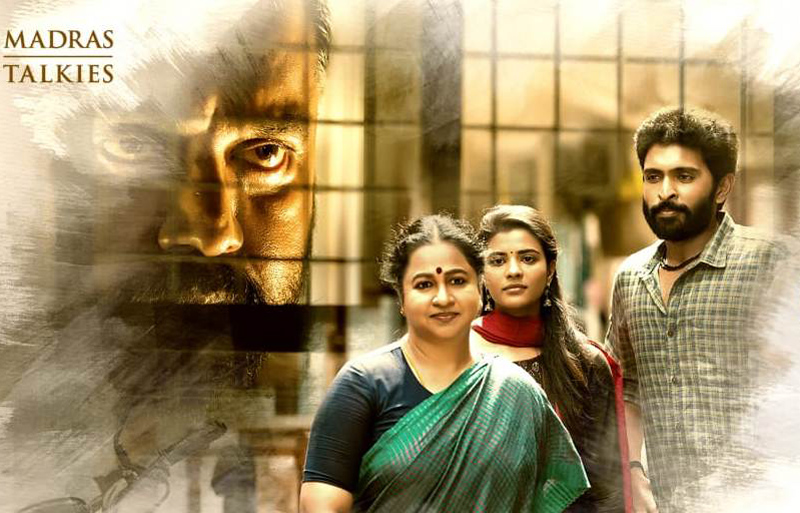 An accomplished vision on life and the emotions oriented with is  well enlightened in Maniratnam’s school, which  jounces his students to become the flying colours of the Tamil industry  The intensity written on the sheet is well transfer to the celluloid by them, where here comes , director Dhana Sekaran taking charge by  throbing the beats of a family drama Into the clear blue sky.

The 52 seconds of ” Vaanam Kottattum “teaser is ba(c)ked with various emotions including Love, bonding, pain, guilt and separations.

An ardent Maniratnam follower, might have felt the same level of  goose bumps when superstar was released from the prison in Kabali, at the subtle entry of Supreme star , in this teaser.

Teaser glimpses the casting has the bigger strength, which includes the most loved pair of Kollywood , Sarathkumar -Radhika, playing the “Anchors” of the film, with other pivotal roles played by Vikram prabhu, Shanthanu, Aishwarya Rajesh and Madonna Sebastian

Vaanam kottatum to have its release on February 7th, which is directed by Dhana sekaran and produced by Maniratnam’s Madras Talkies.