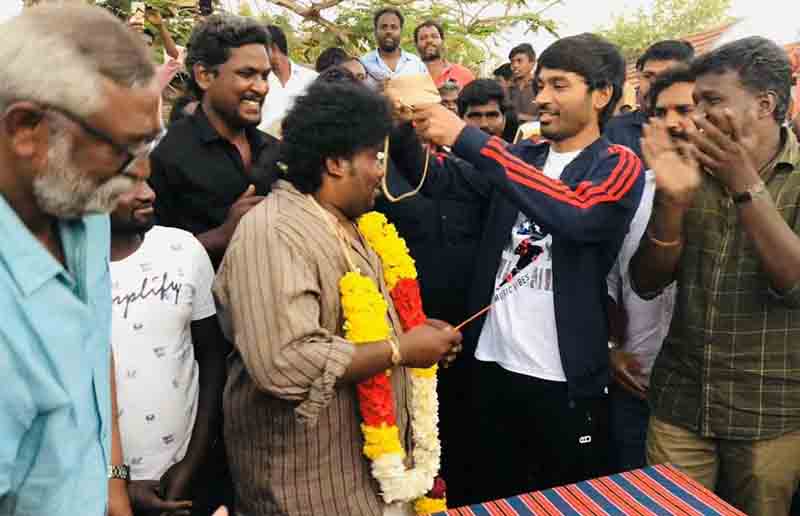 Actor Yogibabu recently got hitched with Manju parkavi on Feb 5,2020 which was  the talk of the town for few days. The actor who emerged from the rock bottom, started his journey as an actor by playing small roles and now to the most wanted comedian. The marriage happened in his home town Thiruthani which didn’t have a much of “media”‘s light.

Now,  to complete his portion, the actor joined with the sets of Karnan, which had Dhanush playing the lead . While Dhanush had a different idea to surprise  Yogibabu, who presented him a gold chain as a token of love. Also, the team had celebrated by cutting the cake.