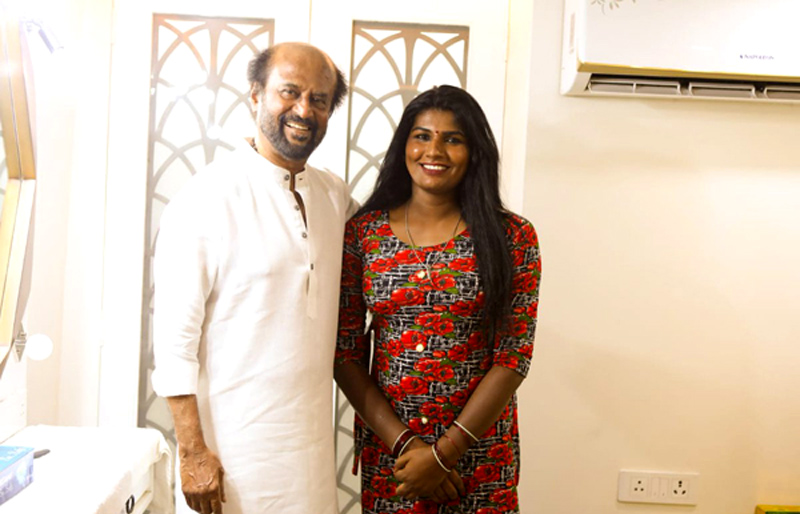 One of the most engaging factor of Superstar Rajinikanth’s Darbar was the dreamy stunt choreography done by Ram laxman team, which blended with Shobi’s Choreography in a particular sequence  which was performed by the team Transwomen.

Also superstar himself carried the stunts with such a elegance, at the age of 70. It was well lauded , as “Kannula thimiru” song was the theme song literally pumped the energy level of the audience.

Now, we had our well known trans actress “Jeeva” performing who shared her own experience in set , ” it was a great offer which came after very long gap post Dharmadurai.

At the beginning I didn’t know , it was for Rajini sir’s film, but when the day neared I could sense it. The cooperation of the team, with Rajini sir himself encouraging my performance is the light which your watching on screen”.

Darbar is currently Raging in the theatres near you, which is directed by A.R.Murugadoss and Bankrolled by Subashkaran under Lyca productions