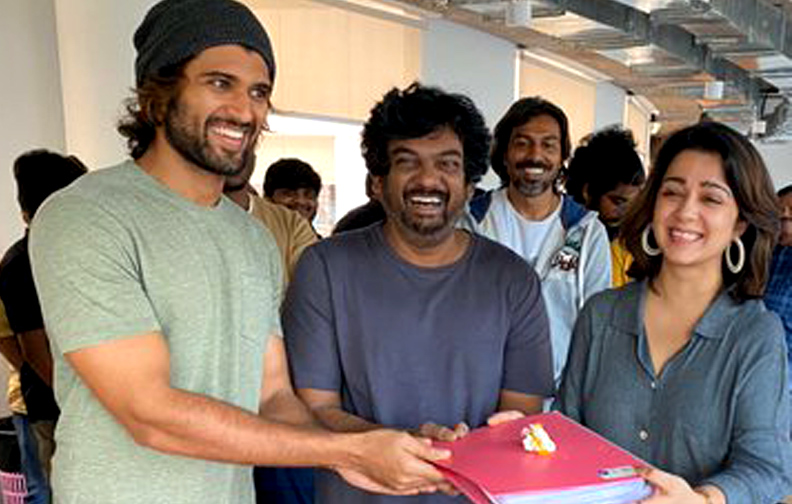 The streak of Vijay Deverakonda films are quite breezy and soft, which will only rock hard in the box office . With a long awaiting of his fans, everyone expected the star to come up with an action oriented film ,as the star has the capability to hold it.

Now, the surrounded buzz has once again landed perfectly on the port, that Vijay Deverakonda will be joining under the direction of Puri Jagannadh for VD10.

The Film had its official pooja today, with the presence of the core team.

Puri connects will be collaborating with Karan Johar’s Dharma productions, which is a very rare combo in Tollywood.

Rowdies! What are you waiting for?   Chal!