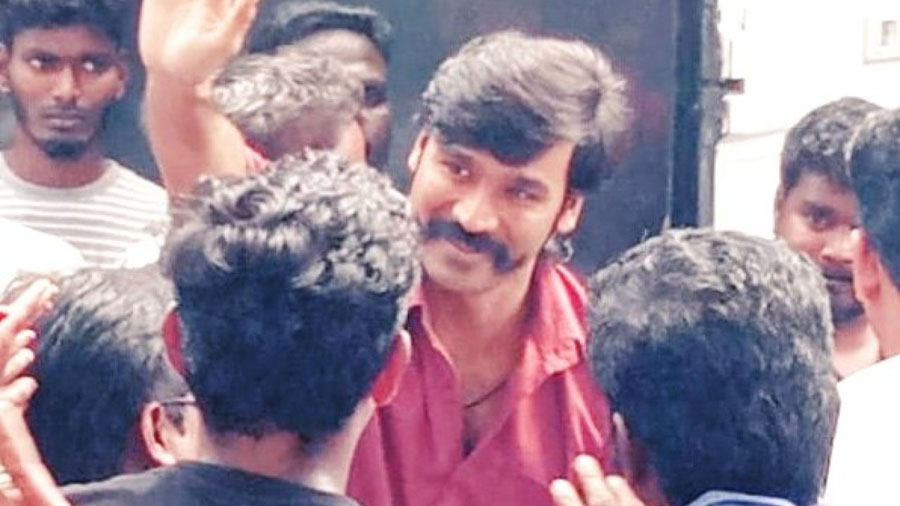 Newses on actor dhanush is flooding over the social media, especially In the latter half of the year 2019.

The simultaneous works of the star, has a great line till is 44 th film, where the 44th one is to be produced by the Sun pictures.

As we know, the “Pattas” count down has already begun, but the eyes on Karthik subburaj’ s D-40 is what more interesting for both the fans and media.

A few days back, there were multiple checks on the films title, and rumors were flowing.

Now, here comes the crew with an official press note to put a dot for ot by clearly mentioning that, the film is yet to be titled, and the talks are still moving on.

Further adding,  the final stages of the filming will end  in mid -january and the title will be officially out on Feb2020.

The team has kindly requested the media and, to hold the extremes as the team is very confident and keen to bring the  best product.

D40 has an ensemble casting which includes actress Aishwarya Lekshmi, jojo George and Kalaiyarasan being the part.

Technically , the music department is carried by Santhosh Narayanan, and visuals are done by sheryas krishnan.

Editing is carried by vivekharshan and the film is bankrolled by Sashikanth under Y not studios.