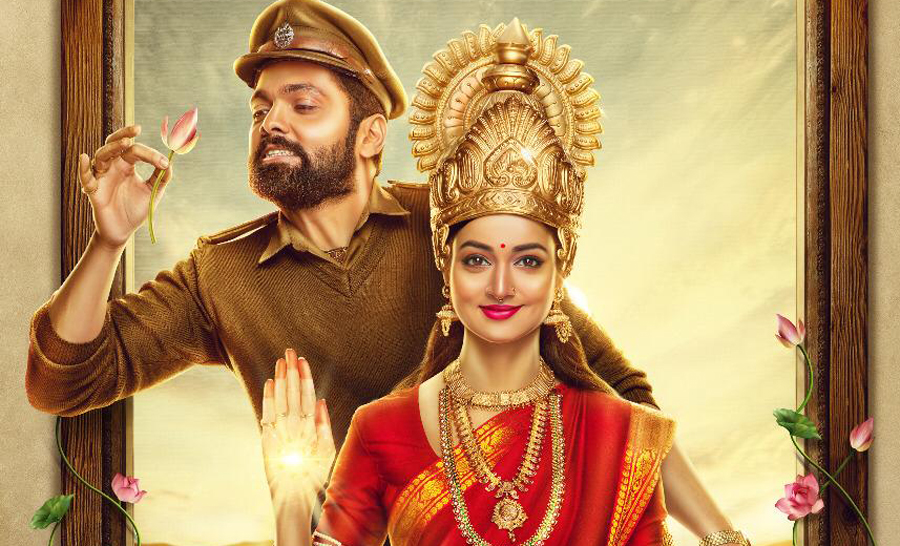 Revolution do happen in India which will a rapid- fire amongst the people, especially the South is very keen to bring it out in terms both politics and cinema.

Magnifying Cinema, the makers  gives an intense power to  the audience by making them “one” despite the divisions/discrimination.

To join  this prestigious list here comes Rakshit shetty , who is well known for his witty screenplay comes with his next ” Avane Srimannarayana ” as an actor.

The film had its two teasers release, in different instance managed to grab the greatest attention from all the corners.

Especially the capacity of the 240 second teaser, incorporated a different world , which is said to be in the backdrop of a fictional town named ” Amaravathi” in late 1980’s.

The nostalgic music and the art work which it has recreates a new world to  Audience and booms up curiosity factor.

As a result , the teaser had managed to cross more than 8 million views with 243 k likes and the teaser -1 had a phenomenal response too.

The team is recently had a poster of the lead actress Shanvi in divine avatar, with Rakshit’s  presence.

The poster mentions the birthday wish for the actress, who is ready to stamp her feet in all the 5-languages with the blessing of ” Avane Srimannarayana “.

” Avane Srimannarayana ” is technically rich which has the direction carried by Sachin ravi , with Ajaneesh carrying the music department. Also, the master mind behind the classics like Ulidavaru Kandanthe and Kirik party has comes up with an ensemble cast which includes himself as the lead, and Shanvi srivastava, Achyuthukumar playing pivotal roles.

The film to hit the screen in five major languages including Kannada ,Telugu, Tamil, Malayalam and Hindi. The film is produced by Pushkar Mallikarjunaiah under ‘Pushkar films.’

Can this “avanae srimanarayanna” hit the sky high expectations it has created now ! Let’s wait for the theatrical release!.