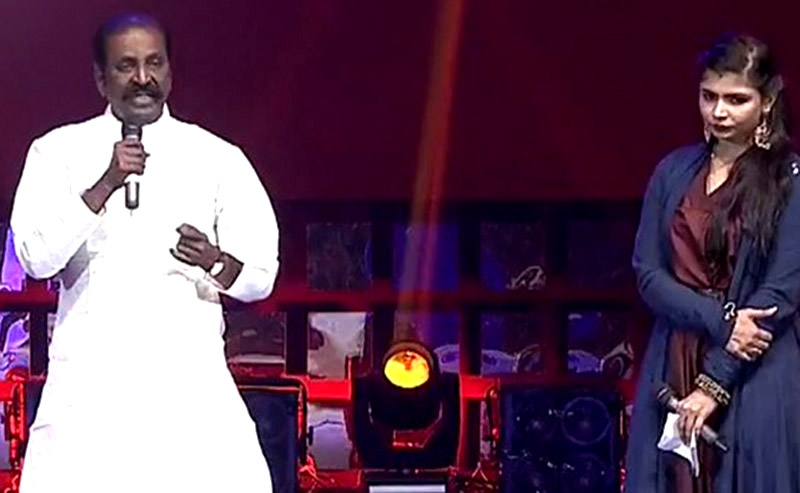 “Forest fire” do catch rapidly  and kill the entire forest, which slows down by losing its oxygen, and burns only at a particular sector.

Again, it ignites up from there and create a cycle,  all over the dense area.

Nowadays, This is how a situation is created in a public scenario, where a particular sector comes in for a issue ,which creates a mess, that burns the whole, and mutes down gradually.

The revolutionary “metoo” movement,  which started last year, had the same response, which perfectly remember to blast at the right instances.

As we know, the famous Tamil lyricist Vairamuthu, was roasted on sexual harassment and molestation cases, which is still yet to be proved under the law.

playback- Singer Chinmayi and other a few women’s did keep their accusations on the lyricist, which popped out like a revolution, and spilled many “black sheep’s” from the pit holes

Recently, the prestigious SRM university announced the honorary doctorate for the lyricist, on pointing out his tremendous works for Tamil literature and art works.

Opposing this , Chinmayi and many other BJPians did placed their opinion by marking his personal issues and blasted against the firm for the Honours.

Here and there, Chinmayi placed a few tweets on this, who had many things to say,

In which she predominately mentioned the “casteism” foil placed on her and supporting the person who molested is really hurting . This logic is purely unacceptable.

The Defence Minister of India is conferring an honorary degree to Kavignar Vairamuthy named by 9 women so far for having molested them.

Just reiterating – outing KNOWN molesters does NO damage to them. Instead I got banned from working.

Heading towards the honorary doctorate shield, Chinmayi mentioned that,  the defence minister Rajnath singh should look on to it and support , rather ignoring this issue.

The past year, Mr Vairamuthu has gotten honours and accolades from other countries as well.
Last year, in the wake of #MeToo 2nd wave, this Government promised a high level committee to look into all the sexual harassment complaints.
Mr. Rajnath Singh was supposed to HEAD IT!!