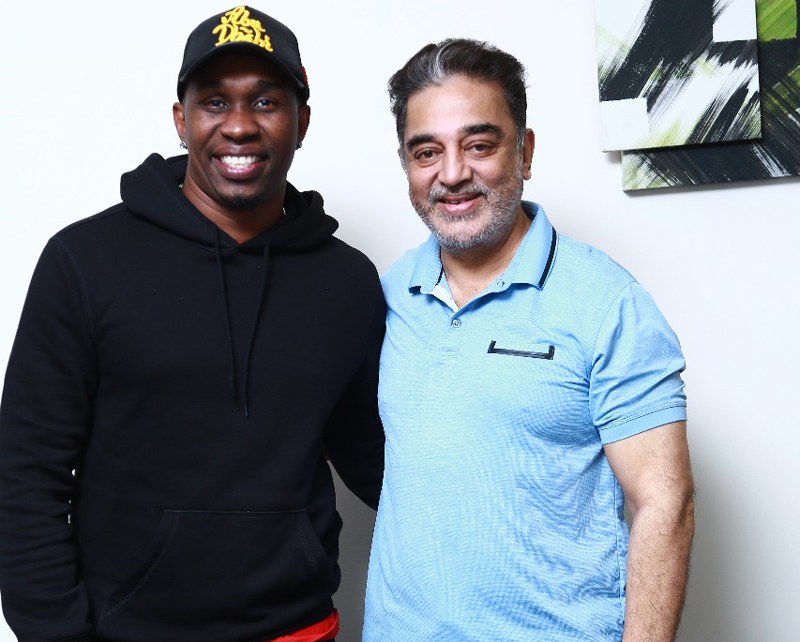 Makkal  Needhi  Mayyam chief Kamal Hassan has an interesting character of interacting with the persons from various industries and parts of the world. People around the star, say that this marks a special place in the actor’s trait , which is helping out in his political entry.

Surprisingly, Dwayne bravo,  the west Indian all rounder who also plays for chennai super kings, who exhibits such a character, especially whenever he lands chennai.

Now, Bravo has met the “chief ” today in his party office and  presented him t-shirt autographed by himself as a mark of display. Sources around say that, the meeting was purely on a friendly note without any political motivated moves involved.

On a special mention, Dwayne Bravo met superstar Rajinikanth last year in his residence on the note of respect.