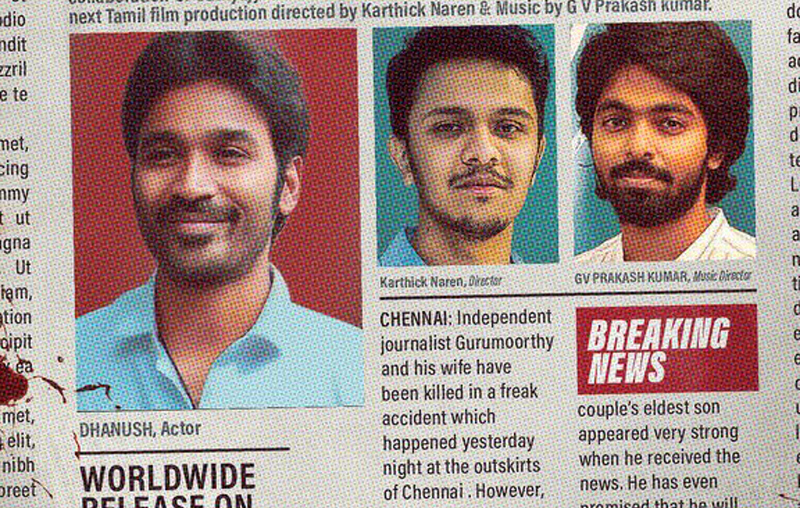 The roller coaster of verdicts, with a great number of hits, actor Dhanush is undergoing an excellent phase with his films which has a variety of genres in it.

Especially his recent “Pattas” is one good example for an organic victory,  which was well  lauded for Sneha and Dhanush’s performance.  So, the post pongal moments are quite different,  were we could see many films are gearing their plans on the motive to make the year bests.

On the line up, here comes an interesting announcement from Sathya jyothi films, which leafs that the 43rd film of Dhanush will be presented by their group, and will be directed by Dhruvangal 16 fame, Karthick naren.

The announcement was quote unique like a paper article, which confirms that G.V.Prakashkumar will be tuning the film. Their awesome combo in asuran, is rejoining again for an interesting film.

So its early talk more Abiyth the film, as it is the time to enjoy the announcement . The film is slated for 0ctober 2020 release, as it can also be expected as Diwali Damakka!

Very Happy to announce our next Tamil film #D43 with @dhanushkraja, once again after the success of #Pattas 🎊 The young & talented @karthicknaren_M will direct the film.