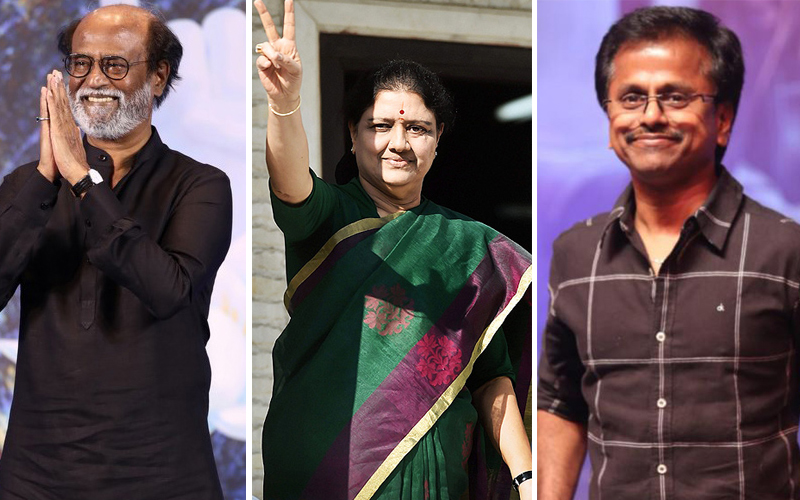 Offlate films of A.R.Murugadoss has a higher tone of criticism against any political party or an individual person.

But his earlier days of Filmography didn’t have any sort of issues, which only had delivered the sanitary view of social issues.

Though his recent film Darbar didn’t fall into a political opposition , here a comes a surprising problem with Darbar’s dialogues.

At a particular scene, in the film, the director has criticized Sasikala ,The major big shot TN society, on a  scene trolling her the proxy visits in ParapanaAgrahaara Jail, in Bangalore, which was a fire at that period.

The audience could easily guess that, it’s about the AMMK chief Sasikala, which now creates a jerk amongst her followers

Now, Sasikala’ s very own personal Advocate  Raja Sendurpandian has warned on both the film and the director , to remove the scenes, which is executed on the motive defames Sasikala’s Reputation.

Previously,  the same situation happened for the director’s earlier film Sarkar which predominantly opposed the ideas of ruling party.