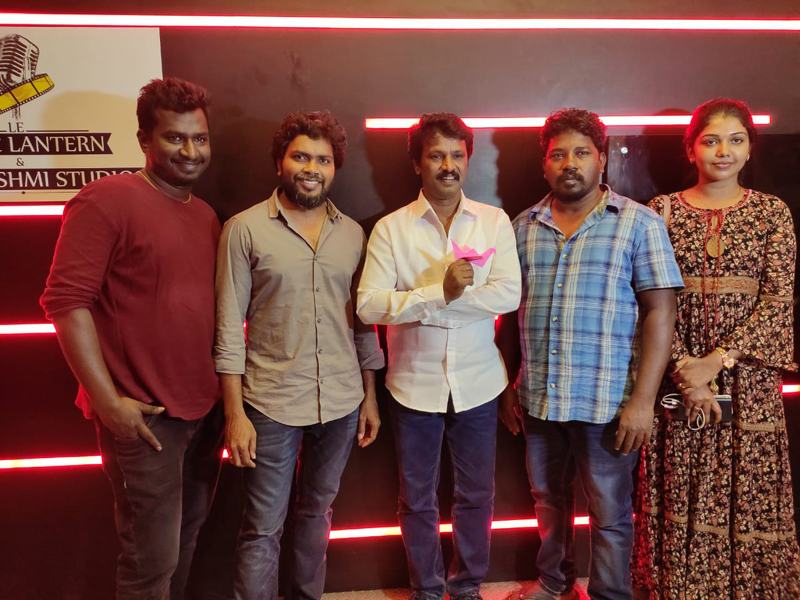 Interstingly, at the death overs of 2019, the film about “lorries” or associated with it are taking a toll, in which the recent example of karthi’s monstrous “Kaidhi” received a great love from the audience.

Following the streak ,an young team which includes the promising talents under director pa.ranjith’s finance has come up with  the film “Kadaisi Gundu” which is receiving a phenomenal response from the public. The film is praised for its content which blends with the war and love, where the audience tend to get stuck- hard with the characters portrayed in it.

Recently, the film had a special screening with the presence of the eminent talents of the kollywood , who poured their love and affection towards the film.

As an added feather, Actor/ Director Cheran, who recently enthralled us with his Bigg Boss entry had watched the film and wholeheartedly appreciated the filmmaker. He also mentioned the actors real display of emotions, which is murmured has the film’ s success.

This appreciation from the “National Awardee” gives a “pat” for the entire cast and crew. KG has an ensemble cast, which has  Actor Dinesh and Actress Anandhi playing the lead pair. The Film is directed by Athyan aathirai and produced by Pa.Ranjith under Neelam productions.