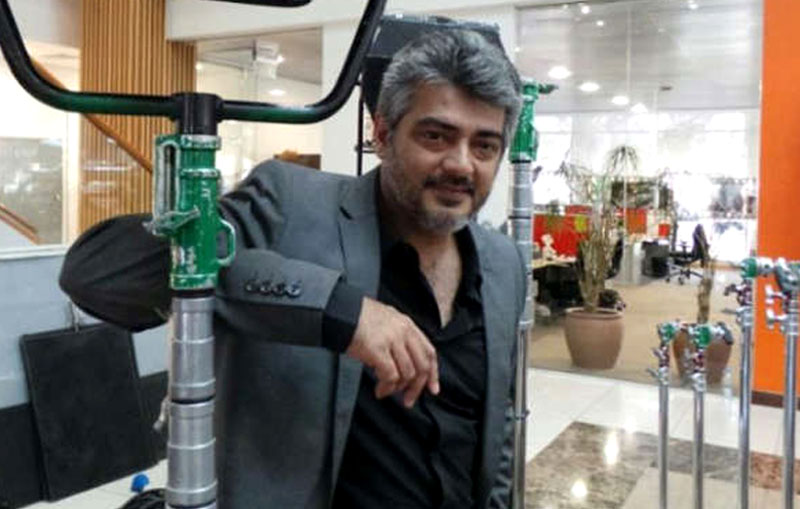 The unshakable kingdom of Thala Ajith is well versed to everyone, who has a hardcore following despite dismantling his fan clubs. The actor who recently completed his socialistic “Nerkonda paarvai” pacing hard for his next film Valimai which is directed by h. Vinoth.

Now, sources around say that, the actor has been injured while performing a major stunt sequence in the film, who doesnt prefer any body doubles in the past. Tracking the past, the started has suffered many injuries during the filming of  his super hit films. This120 day schedule has  completed 35days, which majorly has the risky stunt sequences involved.

Valimai Is produced by Boney kapoor, who produced  The recent “Nerkondaparvai”, under the Banner Bayview projects LLP .