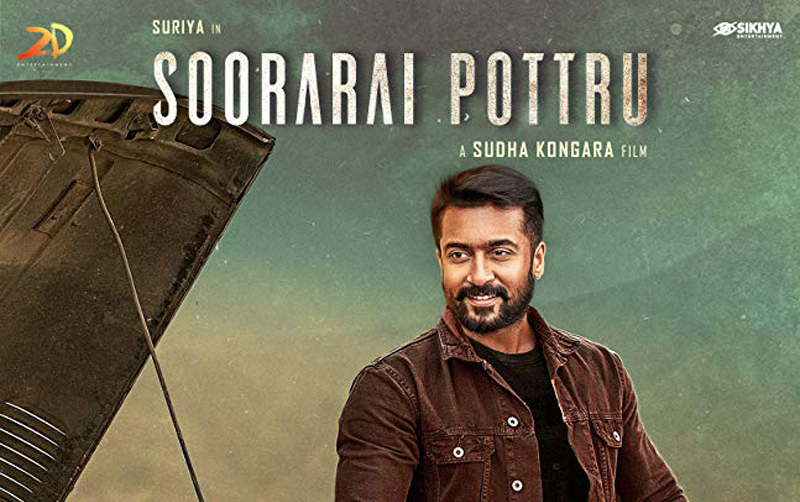 As per the law, when you corner a “Cat” , it forces itself against the enemies and roar back with its momentum.

But what if a lion is present In such a situation?. The Kollywood is currently witnessing a stretch of Average grosses, from actor Suriya who steps this year, with the film “Soorarai potru”.

Soorarai potru is directed by Sudha kongara, who tailored the inspiring story like Madhavan’s  “Irudhi suttru” and the gangster tale “Drohi”.

The official teaser steps In the YouTube platform, which had a lot of expectation on it, shows a glimpse of the journey of a ordinary man with an extraordinary dream.

This 77 seconds teaser travels the time phase from 1984 to 2003, where the actor possess various shades. The star Known for versatility, comes up with the teaser which posess major elements of An cult classic.

Good afternoon! Captain Sudha Kongara reporting from with the Aircraft ready for departure  with the flying time of 3months from now . Our cabin crew constitutes vikesh ‘s visuals, Gv.Prakash music, cuts from Santhosh and vijay Kumar ‘s dialogues. Hoping for a pleasant journey, thanks for watching this teaser by clicking the link mentioned.