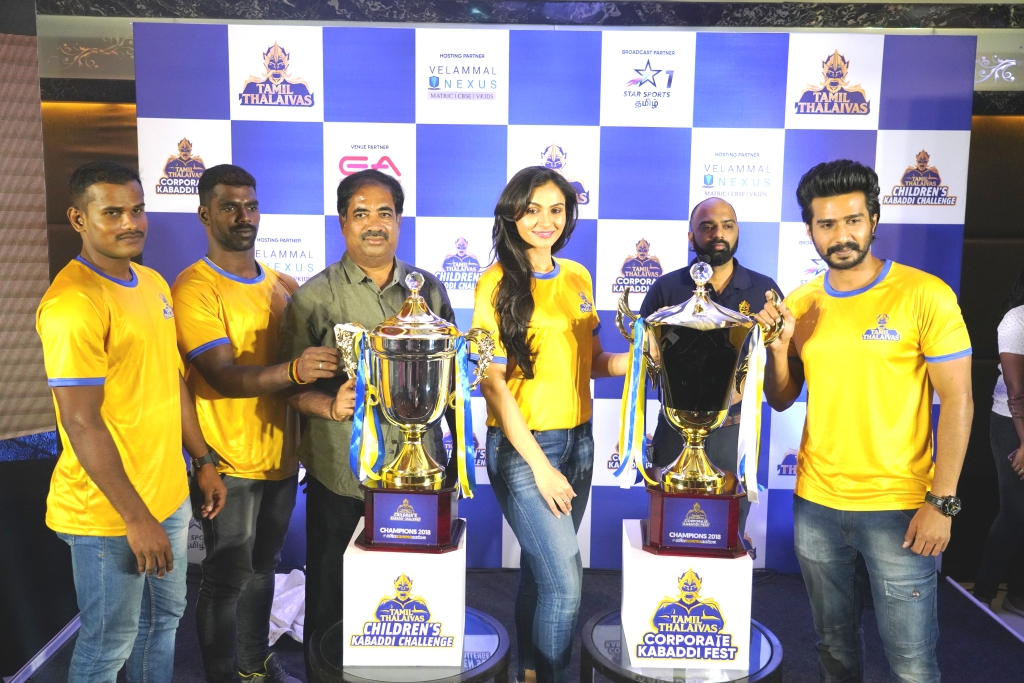 Idhu Namma Aatam (This Is Our Sport) is Tamil Thalaivas’ new expression for Kabaddi. The Tamil Nadu franchise of Vivo Pro Kabaddi League is all set to build and spread local love for the sport across the state through its year-round initiatives. The newest entrant in the league has already built a strong affinity in the state and will host a slew of on-ground properties in its second year of operations with a goal to further the southern state’s rich Kabaddi legacy.

Elaborating on the team’s mission, Viren D’ Silva, CEO, Tamil Thalaivasstated, “Tamil Nadu is proud of its Kabaddi heritage and, at Tamil Thalaivas, we aim to connect every Tamilian with their favorite sport of Kabaddi all throughthe year. We have lined up a number of exciting initiatives, which we will build year on year. We want to give back to the fans and communities who have given us so much love. Through these initiatives, we are inviting Tamil Nadu to be a part of every moment both on and off the mat because, in the end, Idhu Namma Aatam – Then, now and, forever.”

Talking about his new role, Vishnu Vishal, said, “Being a sports fanatic and having made my debut in a movie based on the sport of Kabaddi, I am delighted to be a part of this unique initiative that will build participation & fans for the state sport of Kabaddi.”

Andrea Jeremiah, rooting for Women’s team in The Tamil Thalaivas Corporate Kabaddi Fest, said, “It is heartening to see the response the sport has received from Women all across. I am excited and happy to cheer for them. Idhu Namma Aatam too, from one women to another.”

The Tamil Thalaivas Corporate Kabaddi Fest has Star Sports Tamil as its official broadcaster and will have7one-hour features on the channel.

Children’s Kabaddi Challenge,runningfromAugust throughSeptember, will reach out to 1 lakh students across 8 cities including Chennai, Madurai, Coimbatore, Salem, Thiruvallur, Thanjavur, Tirunelveli, Pondicherry.196 schools are already on board for the city eventswith 12 Girls and 12 Boys teamsplaying in a knock-out format.The top 30 teams will thenbe invited to Chennai to take part in theState finals event to be held in early September.

For more information, reach out to us at info@tamilthalaivas.net.in