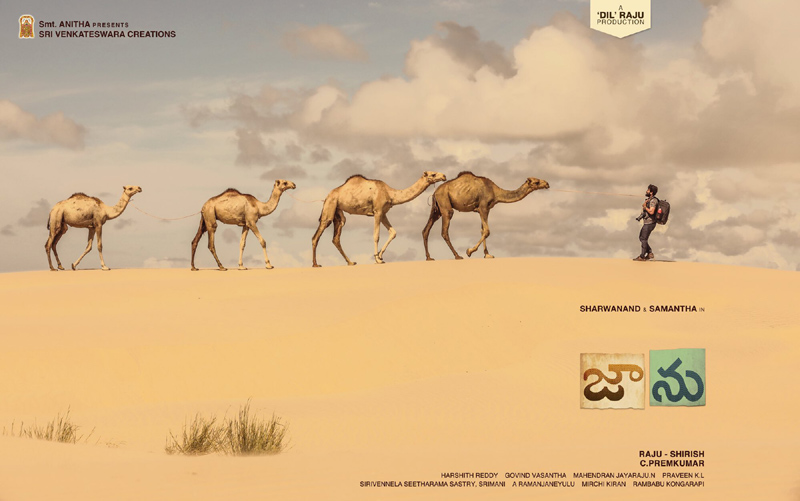 Romance is the biggest essence of life, which holds various forms to motivate us for moving confidently in the Chaotic world. For the so called singles, who reside in majority , taste this essence in the form of cinema, where the most of the romantic classics reach greater heights on majorly satisfying them.

One such poetic film was “96”, which is a tuneless ode written for the nostalgic moments of the teenage Love by C.Premkumar, released in 2018. The tamil film became a blockbuster film and helming its remake in many other regional language.

One such remake is titled as “Jaanu”, which is done for the Tollywood fans, who are also nowhere less to the tamil audience,  in terms of producing quality films.

Now, the first look is out, with the lead character Sharwanand travelling around the desert beds, which will carry a major situation in the film.

Jaanu is directed by Premkumar himself, who made the original version of the film in tamil. The classic role “Jaanu” portrayed by Actress Trisha in Tamil, is played in telugu By Samantha Akkineni.