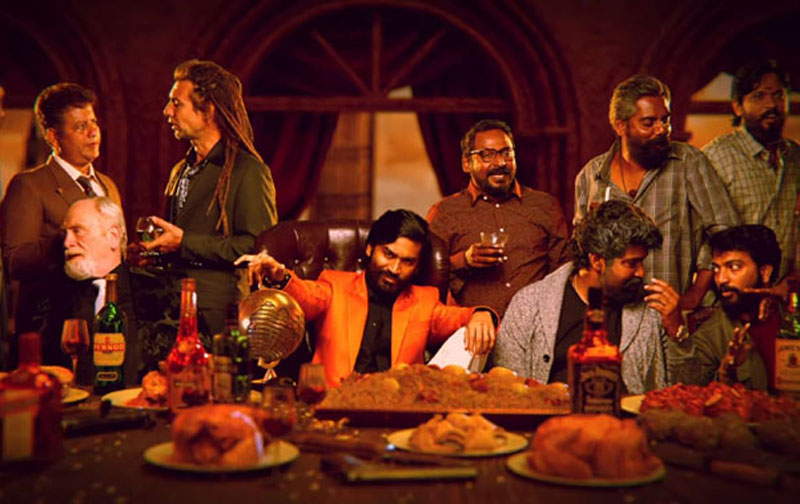 Post petta, director Karthik Subburaj’s next film With Dhanush was awaited for a very long period, which was buzzed even before the arrival of “Petta”. Successfully completing Rajinikanths  commericial entertainer, and now this D40, the man is ready to cater the best output for Dhanush fans. This D40 is slated for May1st, 2020 release.

Now the much awaited D40 – Dhanush’s 40th movie title is revealed as Jagame Thanthiram. The motion poster features the looks of some of the main characters of the movie – Joju George, James Cosmo, Kalaiyarasan and many characters enjoying a feast is the ultimate highlight of this motion poster

Dhanush recently started the year with the super hit film “Pattas”, and Has a great follow up with “Karnan” and an untitled film with Ramkumar.