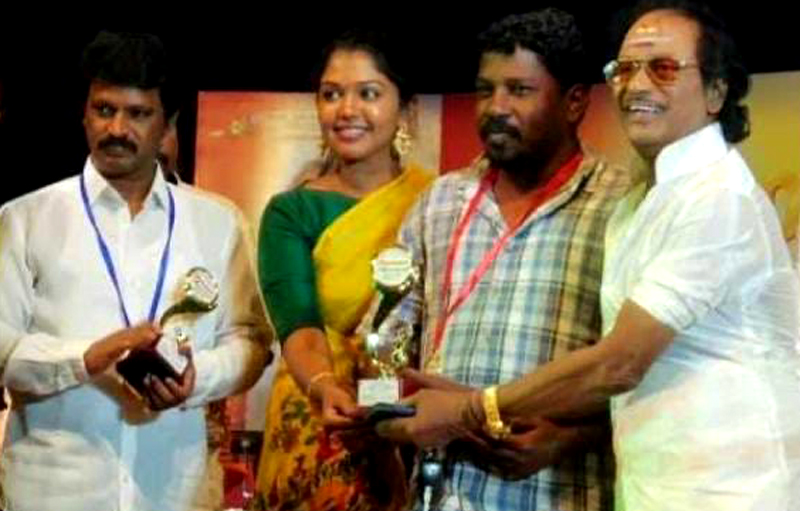 The law behind cinema constantly reminds us that  proud product isnt created, its blessed. One such prestigious film in 2019, was the young and energetic team’s “Irandam Ulagaporin Kadaisi Gundu”, which was in the list of favorites for many.

After receiving the remuneration from the audience, the film had stepped in to the awards category post release.

The master mind behind the film, director Athiyan Athirai bagged the 2019’s best director Award for the film. The award was from the Naveen fine arts, In the label of Naveen awards given to the film Gundu

Gundu is a cult film, which talked about the love and war, which was the second proudest from Pa.Ranjith’s Neelam productions.