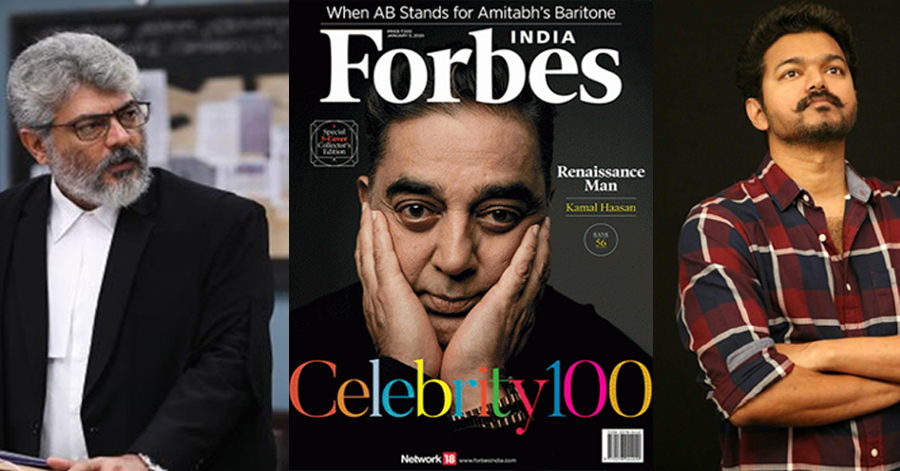 The list of Top celebrities of the respective fields are tailor made by the Forbes unit, who has a majestic reputation amongst the people.

Forbes steps more on sports, commercial, business and the entertainment divisions in which the latter one is the eye catcher of the bulletin.

Now , here comes the list of the most popular people of the year 2019, in which the Run-machine Virat Kohli stands at the top amidst the big shots of the Nation.

He has fetched over 253 crores has an annual income, which is calculated from October 2018 to September 2019.

According to the report, Vijay places himself in 45 th spot by earning 30 crore per aanum. Actor Ajith on the 52nd place while(40.5 cr) and Kamal Hassan in 56 th place.

Isnt something to celebrated by Thalapathy fans!

A “Groupie” from Thalapathy 64 sets Blaze!