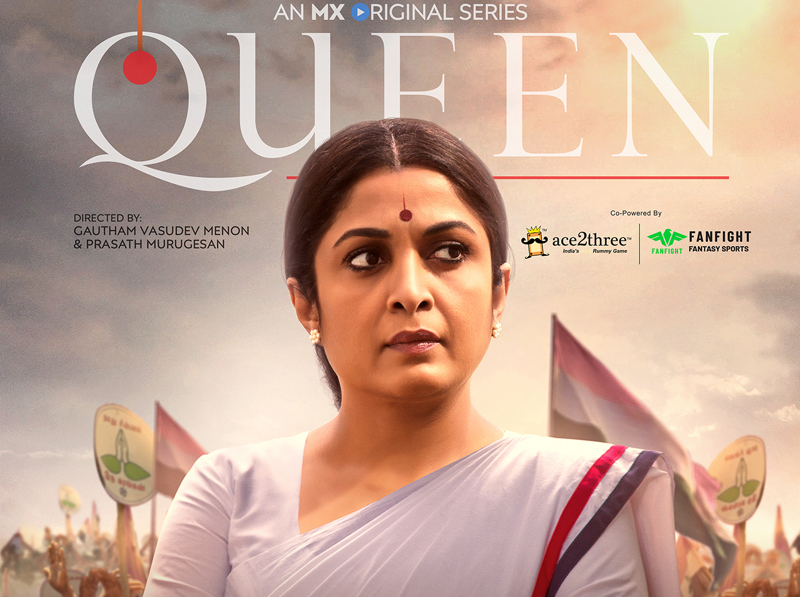 Autobiography of the late chief minister J.Jayalalitha is the most anticipated script which has took various dimensions including the theatrical release. Angling out one such dimension, a web series is made with the title “Queen” .

The team recently had its promotional meet which had the presence of the lead actress Ramya Krishnan,with the technical team.

Here are the words shared by the actress herself, who said ” I’m always fond of the written work in a script  and ‘Queen’ is one such script which had a great writing behind.

I thank both the directors Gautham vasudev menon and Prasanth Murugesan for their encouraging and  support in making. Also, I’m eagerly waiting to meet the audience with this different dimensional web series”.

‘Queen’ recently had its promotional teaser, which had a great response from the audience for the character of Shakthi Seshadri played by the female lead. ‘Queen’ is combined directed by Gautham Vasudev Menon and Prasanth Murugesan , who Carry 5 episodes Respectively.