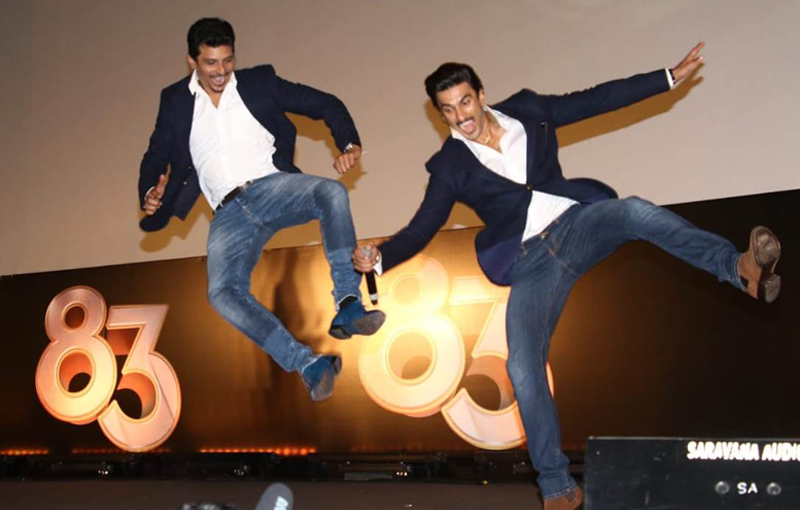 As a tribute for the first world cup cricket victory in 1983 by the squad lead by Kapil dev , a film “83” has been made by the Indian film makers.

83 has actor Ranveer singh in the shoes of Kapil dev , while actor Jiiva as Krishnamachari srikkanth.

As mentioned,  the Tamilnadu rights has been combinedly bagged by Kamal Haasan’s Rajkamal film international and YNot studios, and the film will have its world wide theatrical release on April 10,2020.

While, the recent launch event, which had the presence of actor Kamal Haasan, with the pivotal cast and crew of 83. The major highlight of the show was both the young lead actors Jiiva and Ranveer singh imitated the dance moves of the retro Kamal Haasan, which was a delight to watch.

What Udhayindhi stalin has to say about ” Kalaignar Karunanidhi ‘s” biopic?

An interesting “trend” about Sivakarthikeyan in social media!