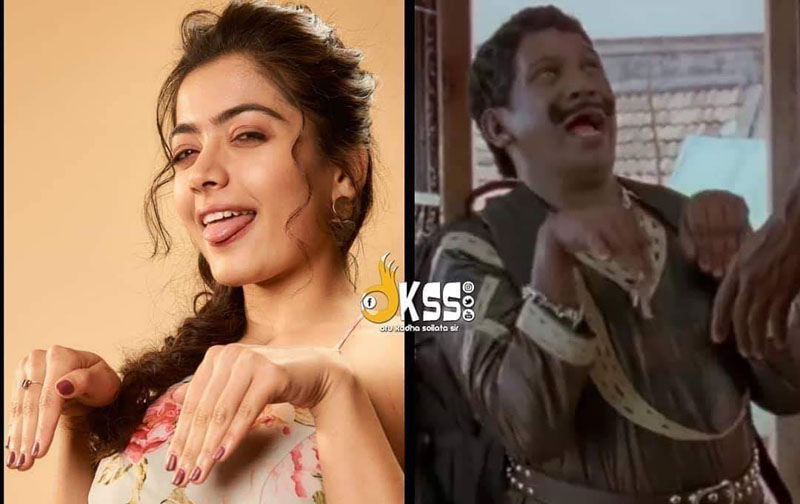 Actress Rashmika Mandanna’s recent photo shoot, with a mock tail of expressions went viral in social media, where  The fans loved her charming cuteness. Also, we also noticed an ardent Vadivelu fan compared each expressions of both Rashmika and vadivelu on a funny note.

Loving this version of her photoshoot, she has admitted that “I can’t agree more. Vadivelu sir is soooo cuteeee.” For the unversed, Kollywood fans have been sincerely comparing viral songs, videos or even pictures with Vadivelu under the hashtag #VadiveluForLife. This is vera level indeed when the ‘Inkem Inkem Kavale’ fame has admitted it in a sportive manner!

The actress recently completely her “Bheesma” , which starred Nithin as the lead. The film was verdicted as a “super hit”, who eventually moved to her next with Allu Arjun.

Priya anand to play the female lead in Shivrajkumar’s next!