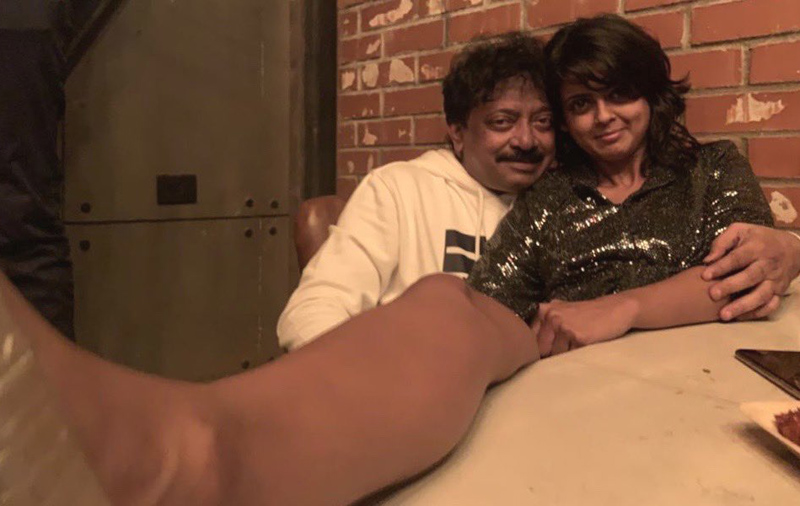 The controversy’s favourite child,  Ram gopal varma, is known for mirroring out his thoughts boldly to the public , and an ace film maker too.

The films he make has a greater vision and content involved in it, and he strive to touch the controversial subjects only.

In 2019, he had Lakshmi’s NTR which peeled the inner side of the political and personal like of  Andhra’s demigod NT.Ramarao.The film gained mixed reviews, and a few viewed it differently.

Now, RGV has come up with a harsh tweet on a selfie picture posted by Actress/politician Roja,  which has actor Balakrishna’s presence in it. His tweet, praised the actress while trolled Balakrishna”s appearance.

Wowww Roja Garu looks like a HERO and some guy who I don’t know on her right looks like yuckk..He’s spoiling her beauty by spoiling the frame with his face …Or maybe he is her Dishti Bomma pic.twitter.com/4uO19G6rZL

The tweet gained a lot of negativities,  and still getting viral in social media. What’s is in RGV’s mind is the Million dollar question arising for everyone.

Can someone tell me who’s this guy spoiling the photo by sitting next to the pretty Roja ? pic.twitter.com/0oJJHAuuEV

Vikram prabhu shares his Experience on working in Maniratnam’s Garage!