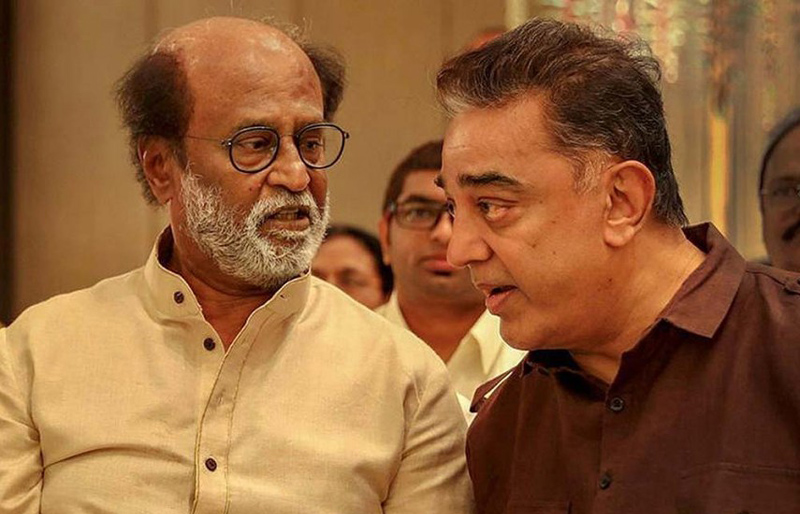 One of the most “positive ” incident happened in the history of political arena , which had the two opposite  poles congratulating on their move. Yes! It was MNM chief, Kamal haasan came up with supporting tweet on Rajinikanth comments on the ongoing- Delhi tragic incident!

The actor told the reporters, “All protests that are happening in Delhi are because of intelligence failure. I condemn it. When a leader like (US President Donald) Trump is in the country, the intelligence (officials) should have been more vigilant. They didn’t do their job properly. At least now I expect them to be vigilant and the violence should be dealt with an iron fist. If it is the intelligence failure, then it is also the Home Ministry’s failure. I strongly condemn the people and the political parties that use religion for electoral gains.”

Hours later, his colleague and Ulaganayagan Kamal Haasan congratulated him for his statements. Taking a cue from Rajinikanth’s famous punch line from Padayappa- “En vazhi, thani vazhi,” he tweeted, “Shabash Rajini. Welcome to this route – it’s not a separate route but the path trodden by an entire community. Welcome and Congrats.”