Soorarai Pottru single is out on cloud! 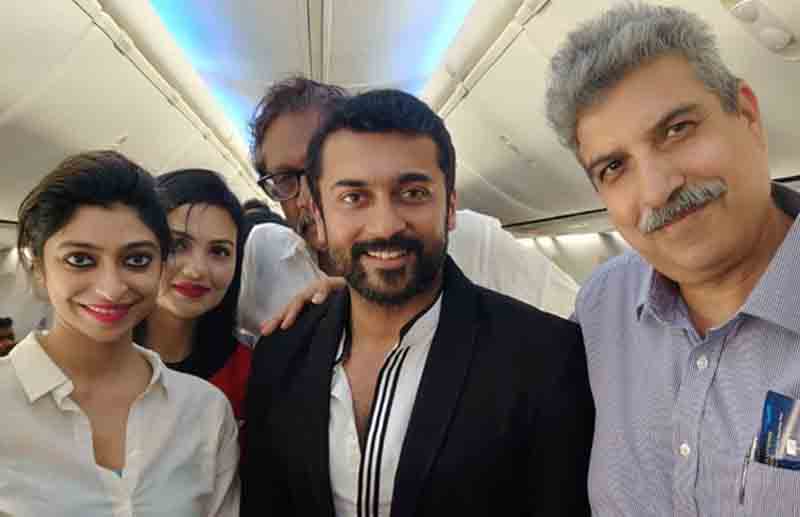 The most expected Soorarai Pottru single launch has happened now in a unique stand which is happening on Air. Yes literally on air.

Infact, the flight holds around 100 debut passengers who are having their first flight travel, which includes 70 school children. The flight takes off from and lands in Chennai. Suriya’s arrival at the airport has been snapped – this pic is shared by Sony Music.

Suriya’s first release this year will be Soorarai Pottru, directed by Sudha Kongara and the music is done by G.V.Prakashkumar. The movie’s core is expected to be based on the biopic of Air Deccan founder G R Gopinath.