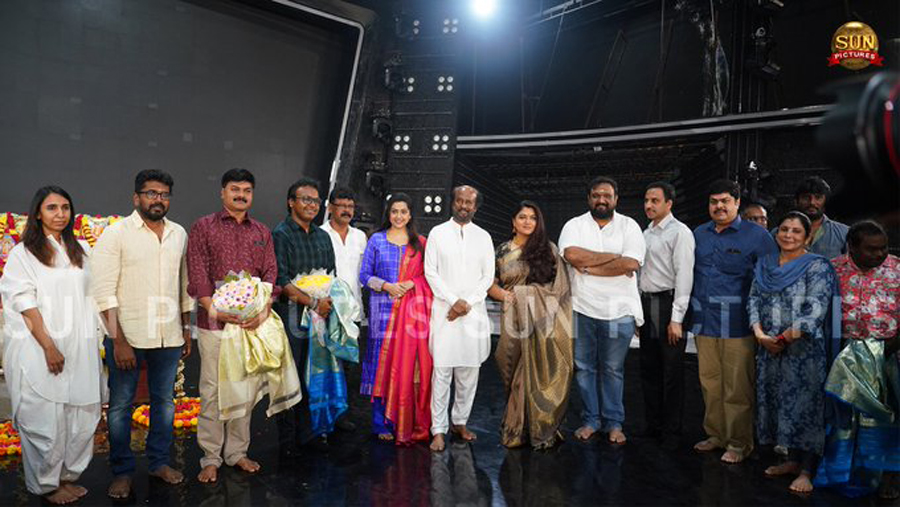 The Twitter floods with “n” no. Of updates and newses  regarding superstar Rajinikanth’ s 168 th film,  which has been already well fabricated with the buzzes. In fact, the production house has managed to hold the audience, with back to back updates which ignites the curiosity factors of fan .

Here comes the next major move from the productions, the film had its official start today, with a pooja ceremony without any much of a bang.

An official picture is out which has the entire cast and crew of superstar Rajinikanth’s 168 th film, which is yet to be titled.

Technically, this film has the music composed by D. Imman, with the help of lyricist Viveka’s lyrics pad. The art department is carried by Milan and the visual magic is to be carried by Vetri.

Magnifying the casting, this has been the crowd pulling factor, which has both actress Meena and Kushboo playing the pivotal roles. Additionaly actress Keerthy suresh, actor Soori are present to entertain us with their stellar performance.

The film is directed by ‘Siruthai’ Siva and bankrolled by Kalanithi  Maran under sun pictures who joins after the blockbuster ‘Petta.’