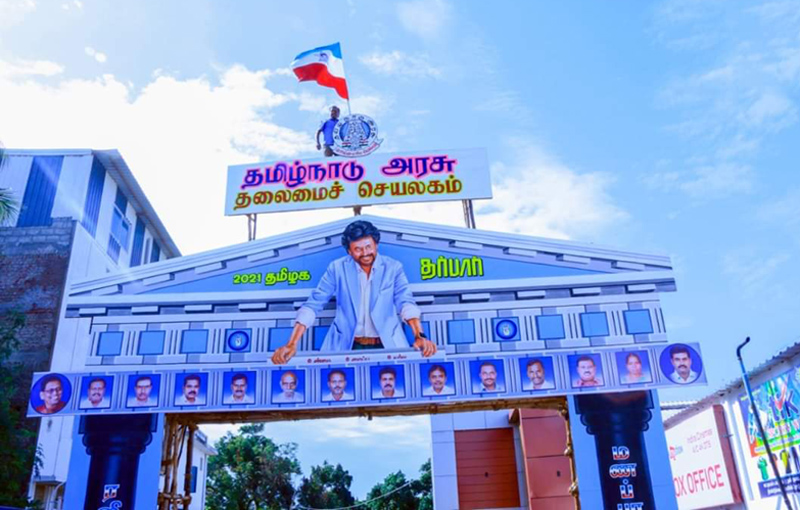 The moments of witnessing our own beloved Superstars in hoardings is one diplomatic feel as it offers both love and hate for the public. Focusing on hate, the banners are Hawkeyed after the death of Subhashree, were many heroes pleades their fans to not use it anymore and disturb the public.

Emerging out slowly, superstar Rajinikanth Darbar banner creates a different scene, where a hoarding is formed in Manapparai Indhira theatre, which has the structure of a govt secretariat panel, on mentioning the star’s political entry. The banner had the willingness of the fans, which accurately replicated the template of A political banner.

Here, tamil Journalist association head, D.R.S.subash , has a filed case against Superstar Rajinikanth Fans for using the prints of Secretariat on the purpose of self propaganda

Previously,  subash took the pluck card against Pothys hoardings which  deliberately Degraded the  Farmers emotions. Pothys management removed everything, after the issue.

Now , his focus on Darbar Banners has turned the views of Rajinikanth Fans all over the state.