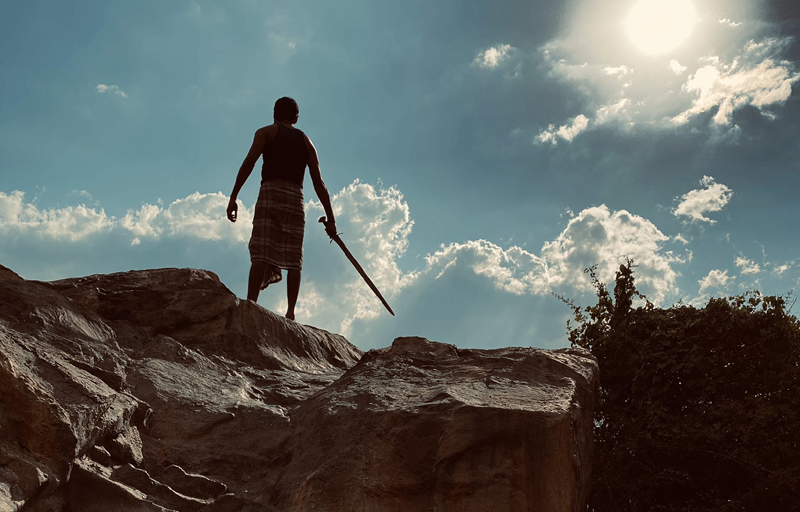 The positive aura created by “Asuran” is still un matchable as the power it gave is something phenomenal to the society. Post Asuran,The box office spin has also changed the strength for actor dhanush, who is in  a great line ups this year.

Talking about Karnan, the film helmed by Mari selvaraj&team had filmed it in the skirts of Tirunelveli.

Recently, taking the twitter space, actor  Dhanush unveiled a new look from the shooting spot of the project. The picture carried the actor carrying a sword with a caption ‘Shoot in progress’.

The still is reminiscent of the actor’s look from the Vetri Maaran-directorial ‘Asuran’, which displayed a ferocious, sickle-wielding Dhanush.

Karnan is touted to be a film which talks about, the pain of Corn- field workers,who lived in Tirunelveli. Karnan is directed by Mari selvaraj and bankrolled by Kalaipuli s.Thanu under V Creations.

SK 14 restarts from the garage!