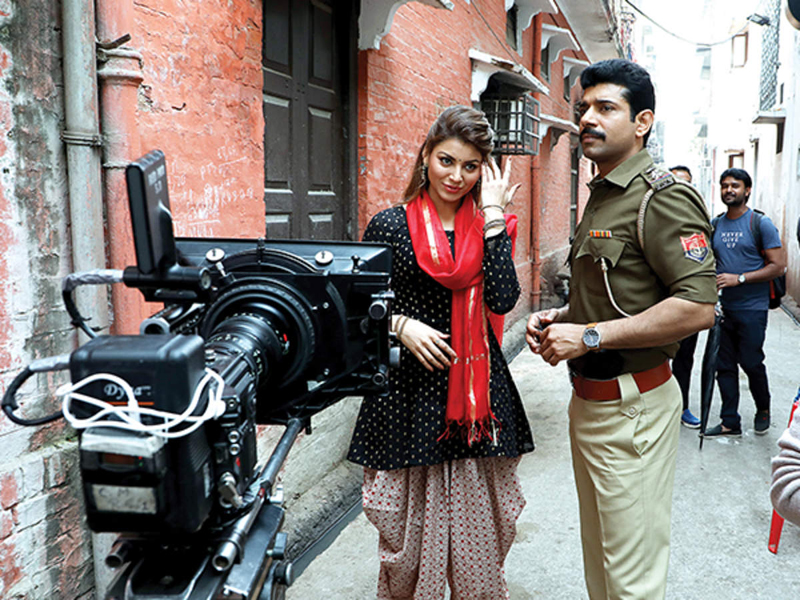 Kollywood has spilled many content oriented films in various instances to purposefully ignite the minds of the audience.

Thiruttu Payale -2 is one such film which was out in 2017 , portrayed about an innocent women who simultaneously get stuck in social media and in the hands of a womanizer.

This bold character played by actress Amala paul had gained her various accolades which also had a wider reach amongst the audience.

Now, this TP2 has catched the eyes of Bollywood film makers for its Hindi version, as they are well known for giving bold contents.

Actress Urvashi rautela is roped to play as the lead of this film.

Speaking about this, the actress said ” I have worked in more genres including comedy, thriller and romance,  but never explored a character like this.i was looking good for the content and I fell in love with the story ”

The actress who recently had her film Pagalpanti, will share her screen space with actors Akshay oberoi and Vineeth Kumar played here by actors Bobby Simha and Prasanna respectively.

Can the stylish “Mafia” be the Don of Gangster films!  –  Stunning ‘ Mafia’ -2 teaser out!