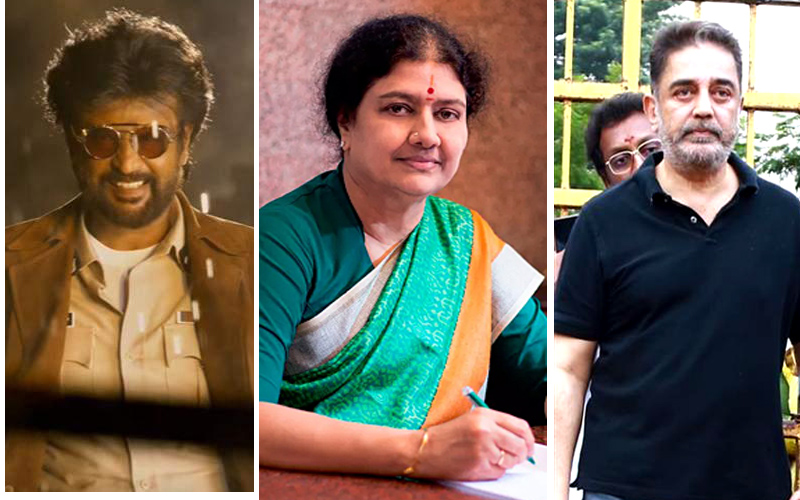 As expected by both the people and media, the Magnetic field intensity created by a Rajini film keeps improving product after product, in which his recent Darbar had a huge response from the audience.

The controversial scene kept   in Darbar is the talk of the town here, which is gaining a lot of negativity from the AMMK members and the well wishers of Late chief minister Jayalalitha’s Aid Sasikala.

Now here we have Makkal Needhi Maiam chief Kamalhaasan, who showed up his comment on this, said ” this type of post release Negativity is from the Parasakthi days, which is also a peculiar method of shopping “.

Adding his own sarcastic element in it, Kamalhaasan shows his support to superstar Rajinikanth,  who personally share a great bond with him.