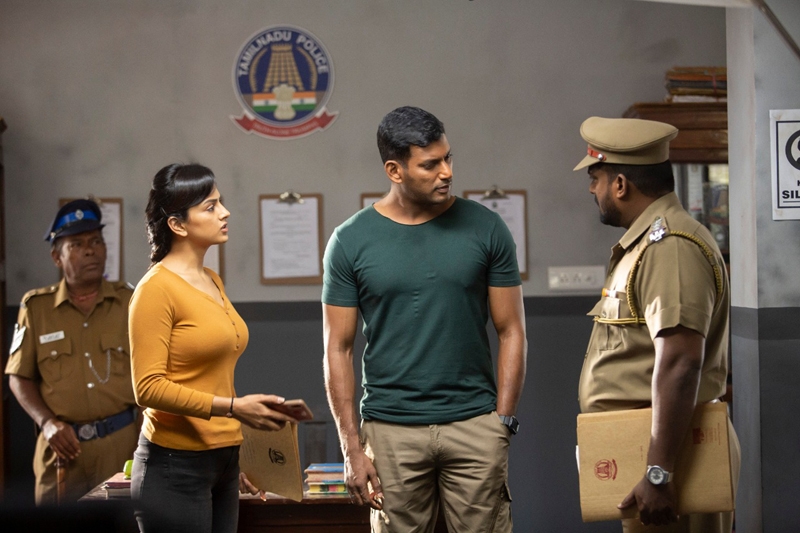 Actor vishals upcoming “Chakra” is considered to be one of the fast paced film, which is nearing its completion. The action thriller, has actress sharaddha srinath playing the female lead and robo Shankar playing the pivotal role. As we know, the film is slated for may 1st , 2020 release, here comes the speculations regarding the core content of chakra.

The interesting updates of Lyca productions!