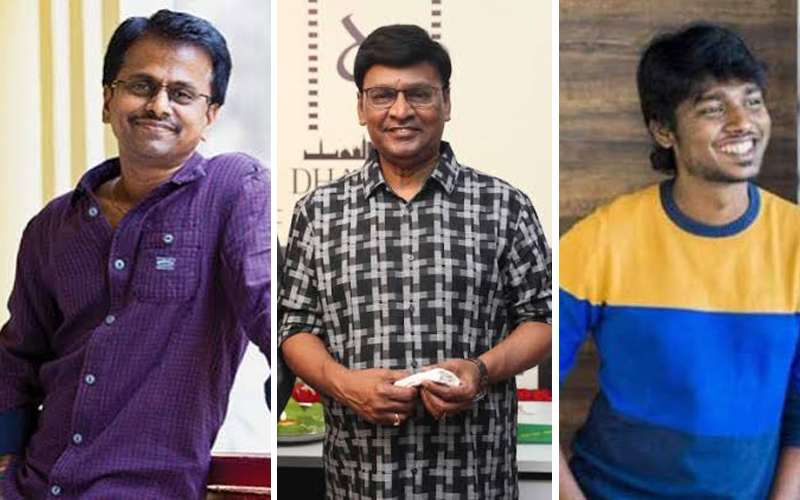 The story theft issue in  Kolly wood has been an important ingredient nowadays , which rises for most of the big star movies and considered as a bigger tool for Negative promotions. But the black mark on Atlee, and the issue faced by Murugadoss For Sarkar are the tend to be the fishy ones, who constantly get caught in this.

Especially,  during Sarkar, the  Writers council Head,  Director K. Bhagyaraj, director Murugadoss ,Vijay and Shanthanu had to under go a lot of Mental difficulties, as the four share a great bonding beyond this issue.

During the press event , Bhagyaraj said ” it’s too hard to find genuine souls, as when I find the story getting theft and the people isnt accepting it becomes a big head ache. I myself , possess a dignity on the so called big directors without shaking their names, but they come out and the make issue big”

Recently, Sivakarthikeyan ‘s Hero, went through such a issue, in which Bhagyaraj stand was totally opposite to the director

Can This Decade Change The Negativities on Vijay’s Films?