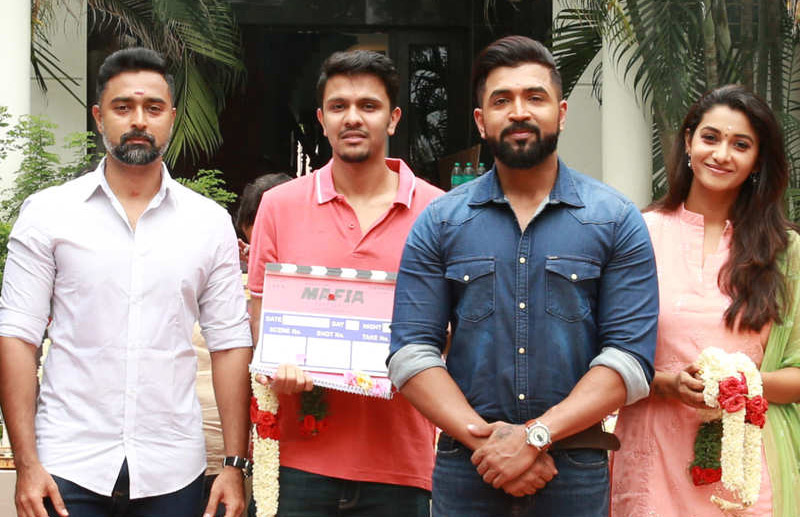 Sketching out the wonders happened to Kollywood in this decade(2010-2020), is the entry of a pride of young filmmakers , who had marked their own feats by producing many prestigious films to Tamil cinema.

From that prestigious breed ,we have director Karthik naren, who presented us the fantabulous “Dhruvangal  Pathinaaru”, is currently busy with a set of films, which includes his long stuck Naragasooran.

Recently, the director had shared his dream project, on which he said , directing a multi starrer project with chiyaan Vikram and Suriya as the leads will be a blast as I’m a fan of both the stars.

The words from him, has pulled the eyes of the star’s fan groups ,as both the stars badly need a director like Karthik naren to bring back their respective “form”.

Karthick naren is currently busy with “Mafia”, which is slated as January release has Arun vijay and Prasanna playing the Good and evil respectively.