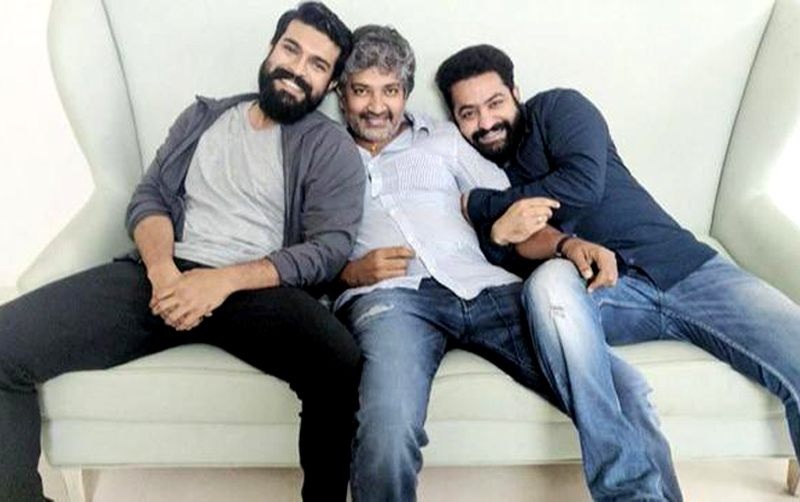 Casing south films in an international scale, was the most important performance of the decade, which was well done with the ” Baahubali” series from the effort of director S.S.Rajamouli, who is currently working is next sensational film with the superstars Ramcharan teja and  Jr.NTR for an interesting movie titled RRR.

After Baahubali, RRR is the project that the director took up. Rajamouli is happy and feels proud to bring both Ram Charan and Jr NTR together for a movie.

Meanwhile, the fans expected that the director would say something on the film, on the occasion of the New Year.

Although the film unit confirmed a hashtag for the movie, the fans hoped to hear from the director which did not happen.

When asked a few sources close to the director, they opened up saying that Rajamouli has completely different plans about releasing the announcements and he always wants to stand out as the best from all the others in the industry.

Rajamouli’s marketing plan is already fixed and the announcements about the movie will come when the right time arrives.

Let’s hold our excitement and wait to witness the creativity of the ” Baahubali” to start soon.

Can This Decade Change The Negativities on Vijay’s Films?

The Face Off Scene In Master To Be Shot Soon!