SK 14 restarts from the garage! 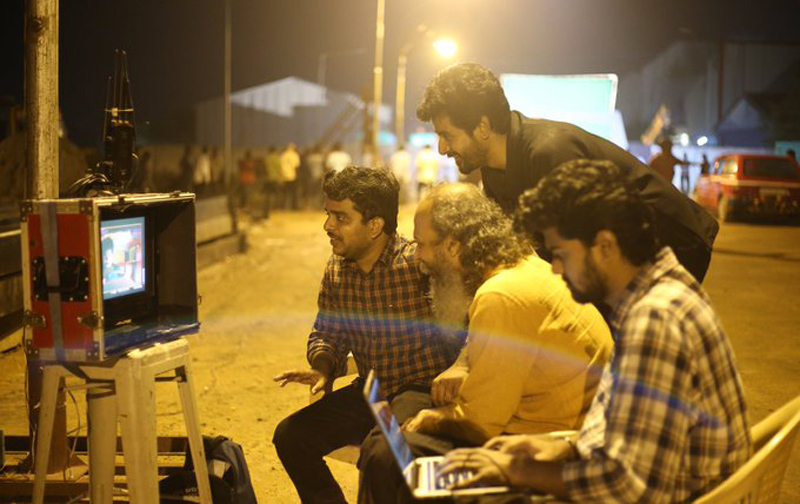 Nearing 16 th film,  kollywood’s Rising star Sivakarthikeyan is travelling on a challenging phase both as an actor and producer. But still, the vaccum created by his 14 th film which was under production for many months with financial issues around its vision.

Touted to be a sci-fi film made on a huge budget, SK 14’s shooting was put on hold for a while as Sivakarthikeyan was busy wrapping up his other commitments.

Now, the film has again gone on floors. 24 AM Productions, which is bankrolling the film, took to Twitter to share a picture from the sets of the film.

Now, the project has slowly regained its pace back and its was confirmed through the shooting spot picture.

The picture has Director Ravikumar,  Sivakarthikeyan and D.O.P nirav Shah.

Happy to have kick started the last two schedules of our #ProductionNo5 after a brief gap; starring our very own @Siva_Kartikeyan and directed by @Ravikumar_Dir.
Thanks to all those who supported us throughout.
Title announcement in few days 👍 pic.twitter.com/SVMtlZ7x9X