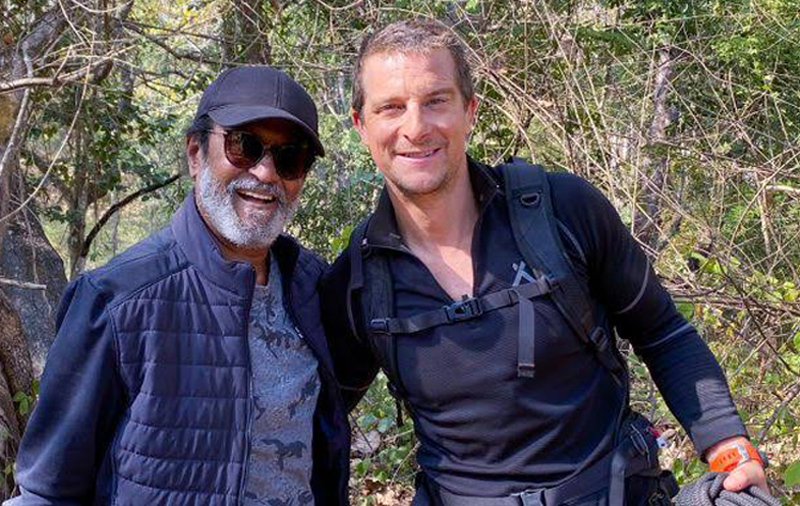 It was a ” shocking surprise” to see superstar Rajinikanth hailing for a adventurous ride, with the world’s famous “Bear grylls” in his show, which went viral at the time of filming itself.

It was reported that, despite of the injury , superstar Rajinikanth himself had the sheer determination to complete it on a positive note. Now to satisfy the expectations of all, the airing time of the show is announced by the channel, which will be in March 23rd, at 8pm.

“Gear up to venture into the wilderness of India with survival expert  @BearGrylls  and the ultimate superstar @Rajinikanth  in an action packed adventure. Premieres 23 March at 8 PM, only on Discovery #ThalaivaOnDiscovery