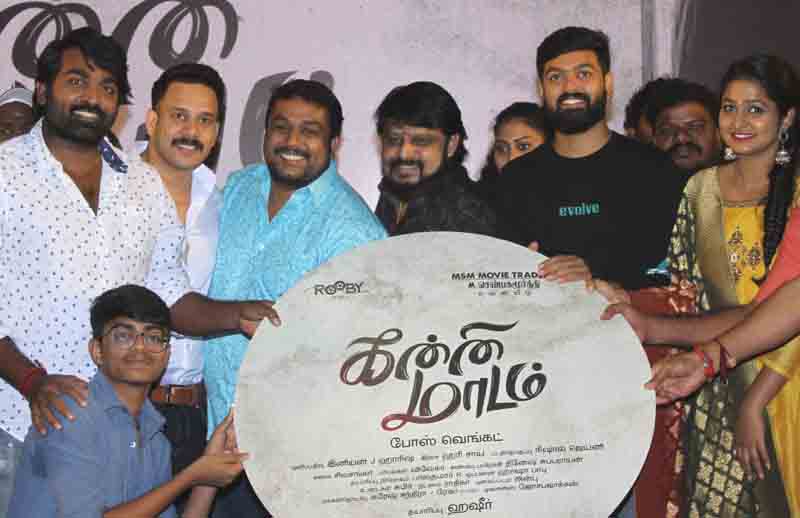 A very few actor in kollywood posess a right fit into the word “characterisation”, where kollywood’s character artist, the favourites of 90skids, actor  Bose venkat is one actor who is apt to the word. He has performed some extraordinary roles in both Television and cinema. His improvisation for character’s Dheeran Maniyarsu in Kavan and the police Sathya in Karthi’s Theeran adhigram ondru has a great place  in the audience mind.

Turning to the dream of directing a film, Bose venkat had emotionally shared a few things about Makkal selvan Vijaysethupathi in his next film “Kanni madam”s audio launch.

” I wholeheartedly thank Makkal selvan vijaysethupathi for taking part in this audiolaunch function. It has given me a meaning to my baby step in my journey as a director “.

While Vijaysethupathi, took the mic and shared their bond by mentioning that, “Bose venkat is  a truly trust worthy person. Infact  He wasnt the primary choice for the role In my film kavan. But still, he took a lot of dedication to shave his head suddenly to fit in the role. I expect the same dedication in this directorial”.